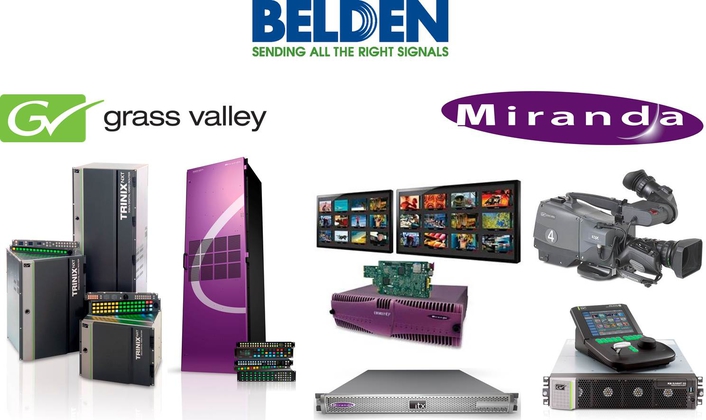 .
Transmission solutions specialist Belden has submitted a binding offer to purchase privately-held broadcast technologist Grass Valley for $220 million. The binding offer is subject to consultation with Grass Valley’s foreign labour works council, after which Belden will enter into a definitive agreement.

Grass Valley provides innovative technologies including production switchers, cameras, servers, and editing solutions within the mission critical applications of broadcast customers. Belden says that when combined with its production, playout and delivery systems integrated solutions unit Miranda, the resulting end-to-end solution will be the most complete and compelling in the industry. Belden announced the planned acquisition alongside its Q4 2013 results.

“We are extremely excited to have Grass Valley join the Belden family. By combining Grass Valley and Miranda, we will create the broadcast industry’s largest and most complete portfolio,” said John Stroup, President and CEO of Belden.

The transaction is expected to close by March 31, 2014 and is subject to regulatory approvals, the completion of audited financial statements, and other customary closing conditions.

“Market demand appears to be stable in the majority of our end-markets. This in combination with the execution of our Market Delivery System should create the catalyst for organic growth and margin expansion. Even after completing the acquisition of Grass Valley, our funnel and balance sheet will remain strong. We are confident that these initiatives position us to perform well, and we remain comfortable with our previously announced earnings outlook for 2014,” said Stroup. 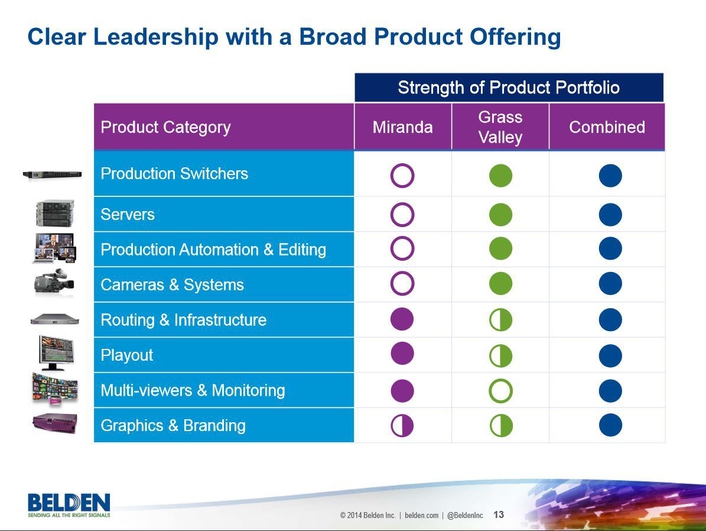 Grass Valley had approximately $290 million in revenue according to Belden’ press release, so the deal values Grass Valley at 0.75 revenue.

Even so, it’s probably not a bad deal for Grass Valley’s owner, PE firm Francisco Partners, which  purchased Grass Valley from Technicolor in 2011 (closed in January 2011), for no money down, and an $80 million promissory not payable five years from the date of the deal.