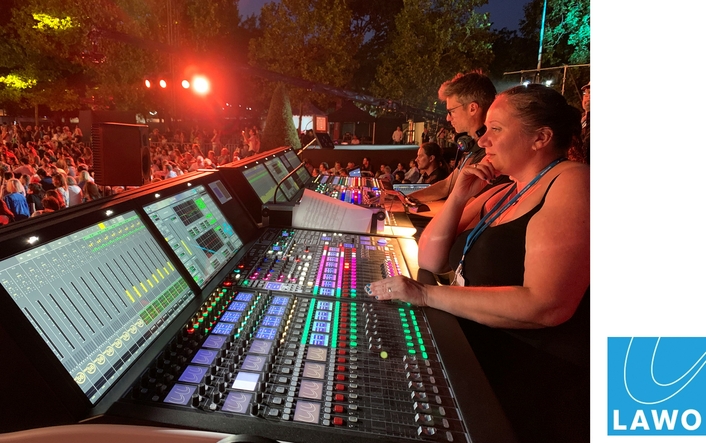 The commemoration of the storming of the Bastille on July 14, 1789, marking the beginning of the French Revolution, gives rise to multiple events throughout the country. For this 10th edition of the giant classical music concert at the foot of the Eiffel Tower, Lawo has once again met the requirements of live sound and live broadcasting on the French public broadcasting network and the Eurovision network. Under the expert hands of Radio France's sound engineers, Lawo's mixing consoles delivered spectacular audio quality for the huge crowd on the Champs de Mars, as well as for all listeners and viewers.

Two mc²56 MkIII were used at the front of house by Nadège Antonini for a premix of the soloists and choirs, and by Alexandre Martin for the orchestra and the overall mix for the sound system. A third mc²56 took care of the monitoring circuits on the stage in a two-operator configuration with two separate control surfaces to offer maximum ease to Tahar Boukhlifa and Charles Bouticourt in the execution of this complex task. 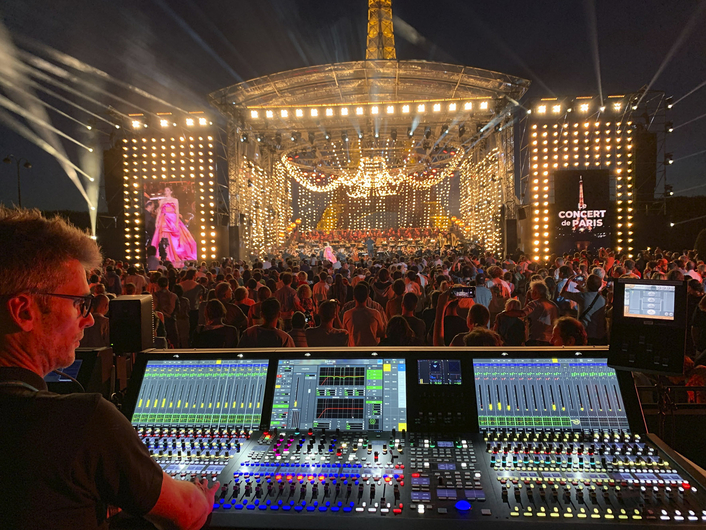 A system of passive splitters allowed the routing of all 144 microphone sources independently to the Lawo mc²66 console controlled by Laurent Fracchia for the mixing of the radio and television signal in a Radio France mobile production unit. 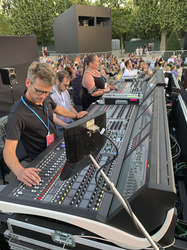 "It is a real pleasure to collaborate with Radio France for such a prestigious event and to see the enthusiasm deployed each year by the entire team to get a little closer to perfection," said Joffrey Heyraud, Lawo's sales director for France. "Radio France's renewed trust is a tremendous confirmation of the company's technological choices in a constant search for excellence in terms of audio quality and reliability."

The Concert de Paris, followed by the City of Paris' traditional fireworks display on July 14 remains one of the largest classical music events in the world. Approximately 150,000 spectators had the opportunity to attend the concert - with the Orchestre National de France, the Chœur and the Maîtrise de Radio France, as well as internationally renowned soloists - on site. The event was followed by millions of listeners and viewers on Radio France and France Télévisions channels and was broadcast live or recorded in many countries via the Eurovision network.

About Lawo
Lawo designs and manufactures advanced networking, monitoring, audio and video technologies for broadcast and industry applications, as well as live performance and theater applications. Products include control and monitoring systems, digital audio mixing consoles, routers, video processing tools as well as solutions for IP-based A/V infrastructure and routing systems. All products are developed in Germany and manufactured to the highest quality standards at the company's headquarters in the city of Rastatt in the Rhine Valley, Germany.