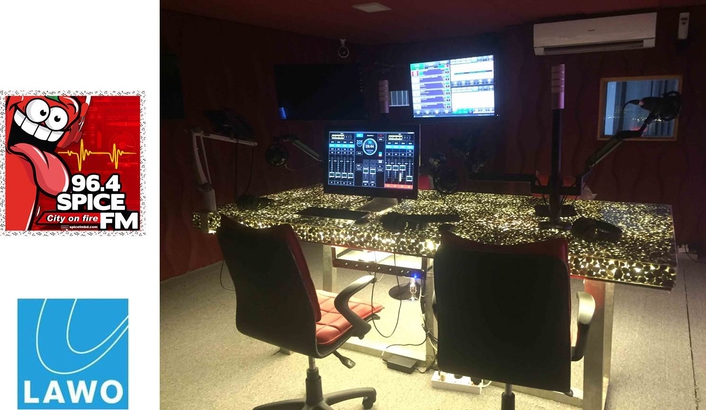 A lot of thought has gone into Dhaka’s new 96.4 Spice FM radio station. With a high-profile staff recruitment mission undertaken in 2015 and test transmissions made last month, it is bringing a new wave of technology to its studios and a fresh voice to the Bangladesh airwaves.

It has launched with the claim “we’re gonna change the way you listen to music”, and is changing the way its programming is delivered – using Lawo’s groundbreaking virtual studio technology.

Located on the 13th floor of Dhaka’s MG Tower, the 96.4 Spice FM studios are immediately impressive with their futuristic interior design. This is supported and enabled by the adoption of Lawo’s crystalCLEAR virtual mixing. This is no over-funded folly, however, as equipment costs were also very high on the Spice FM agenda.

“Price was one of the main concerns,” confirms Boon Siong Tan, Southeast Asia Sales Director at Lawo’s Singapore office. “The crystalCLEAR virtual radio console offers them the best fit for their requirement, both in terms of price and their aim to make the studio design special and unique – it’s a futuristic and cool setup, with very few components in studio.”

The installation began in early 2016 and was completed in May, allowing the station go begin broadcasting this month. It is a neat and simple setup, but one that still provides full radio facilities.

In the studio, there are just two PC screens – one for the crystalCLEAR virtual console and another one for radio automation. The PC with crystalCLEAR also serves as social media PC and providing the station’s other Internet services. There are four microphones and a headphone amplifier for guests and DJ, and a telephone set for incorporating phone-ins into the programming. 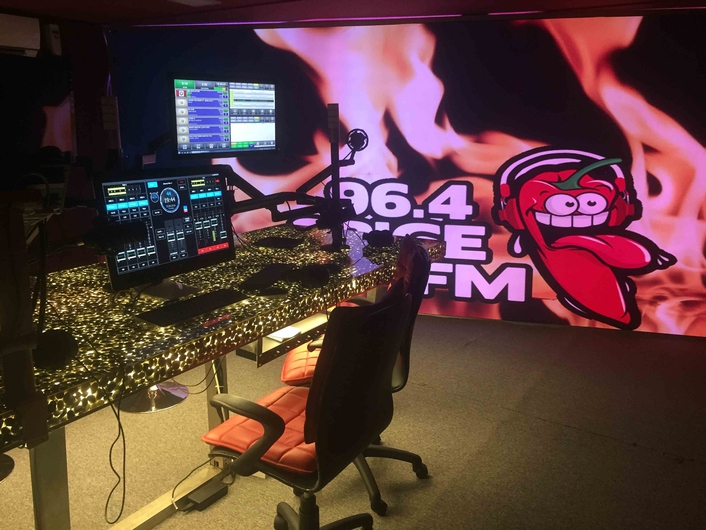 The Spice FM had discovered crystalCLEAR technology as part of their research, both by industry word-of-mouth and via the Internet. Providing a virtual mixing interface, a high-resolution computer display, crystalCLEAR exists entirely in software. This allows it to operate without the limitations of physical knobs, buttons and faders. Instead, it presents operators with the controls and information relevant to their role, hiding everything that is not currently needed.

With its low profile and high functionality, crystalCLEAR has played perfectly into the Spice FM vision: “We are very satisfied and grateful for the support given to complete the studios with minimum concerns over operation, technical setup and implementation,” the station says.