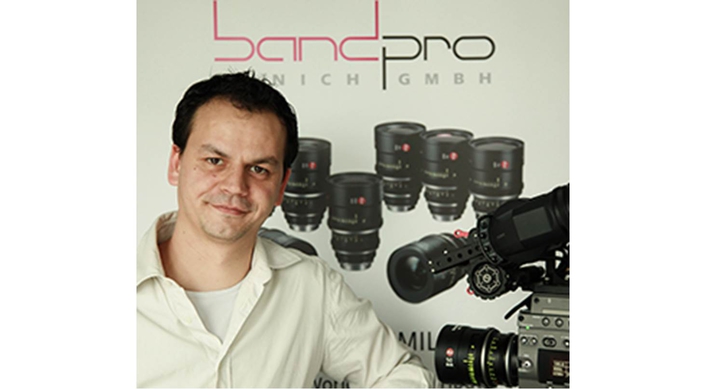 Recognized as one of the most important media centers in Germany, and across Europe, Berlin continues to experience rapid growth in the film and television industry.  "Adding the Berlin office is an important step forward for Band Pro." says Vojtech Pokorny. "Berlin produces over 300 films per year, and it’s one of Europe's most popular locations.  In addition to providing the best new production technology, the focus of our consultancy lies in the definition and elaboration of individual workflows. We just have to be where the most exciting projects are being realized."

A longtime Berlin resident with strong industry ties, Pokorny completed his camera studies at the German Film and Television Academy; followed by 10 years of image designer operator experience, and 2 years of experience at Band Pro Munich.

Underlining their emphasis on the importance of personalized support, Band Pro has appointed Atila Ormanlar, Technical Sales and Support Manager at Band Pro Munich, as a single point of contact for all customers.

Citing a total of 24.6 million euros of available funding for 248 film projects in 2013 alone, Band Pro looks forward to sharing their expertise with Berlin’s large network of film and TV related businesses and freelancers. (Source: Media Board Berlin-Brandenburg GmbH)

Band Pro Munich’s Managing Director, Christopher Hantel noted: "Of course, people always talk about the old contest between Munich and Berlin being the film capital.  For us, this is just more proof that Berlin and Munich are the most exciting places for media production. So we decided to dance at two weddings. Fortunately, Band Pro will be represented in Berlin by Vojtech Pokorny, an experienced cinematography specialist.  His deep technical knowledge, hands-on experience, and creative ideas will be a huge asset, and we look forward to great synergies between the two offices."

About Band Pro Film & Digital, Inc.
Celebrating 30-years, Band Pro specializes in products and solutions for professional filmmakers and videographers. With offices in Atlanta, Burbank, New York City, Munich, Berlin, and Tel Aviv, Band Pro offers the highest level of knowledge and expertise along with the finest equipment and accessories available. Our close relationships both in Hollywood and worldwide, combined with our long-standing camera and lens maker partnerships, have kept us at the forefront of digital cinematography innovation since 1984.