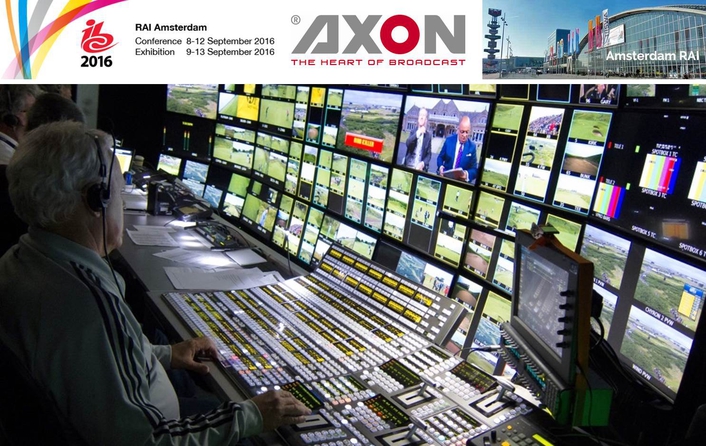 CTV and Axon at The Open

To be launched at IBC 2016 (Stand10.A21/B21), this latest version of Cerebrum is more open and flexible than ever before, making it even simpler to monitor and control multiple devices on one easy-to-use interface. With Cerebrum on board, broadcasters can now tackle complex events with added confidence, knowing that the software’s own SNMP (Simple Network Management Protocol) or third party protocols can support virtually every piece of broadcast equipment in their workflow.

Further Cerebrum enhancements to be unveiled at IBC include the introduction of a new 42 button compact LCD panel, the CCP-4200B. Developed in conjunction with CTV Outside Broadcast, the panel is designed to make light work of complex multiple camera projects and proved it usefulness during the 2016 Open Golf Championship in Scotland where it was used in conjunction with two Cerebrum systems.

Cerebrum significantly reduces production workloads by enabling tasks that would previously have taken hours to be complete in minutes. Now a key feature in numerous broadcast facilities around the world including eTV in South Africa, News UK's broadcast facilities in London and Metro TV in Indonesia, Cerebrum’s advanced functionality and broad range of features makes it ideal for mobile production, news and studio live production, master control and remote production. In recent months it has been deployed at major events such as China’s first National Youth Games in Fuzhou; the Dubai World Cup and BT Sport’s 4K coverage of the UEFA Europa League football.