Designing colourful and energetic displays across a number of 'worlds' along the course, Watts programmed his show on a Tiger
Wembley Stadium was awash with neon light as thousands ran, danced, shone and partied through the night, basked in the Avolites controlled glow of the Electric Run UK. VME took on the event production, also supplying the lighting kit for the event. Their appointed lighting designer and programmer Pete Watts chose a selection of Avolites control solutions including Titan One dongles, an Expert Pro and a Titan Mobile.

Electric Run, an internationally run event originating in the US, is in its second year in the UK. It has grown from a single Wembley date to multiple events across the country in 2015.

Watts, who also programmed the show last year, specified an Avolites control solution for the 5k run around Wembley Park. This included five Titan One dongles, running on touch screen Panasonic Toughbooks, all provided by VME.

Designing colourful and energetic displays across a number of 'worlds' along the course, Watts programmed his show on a Tiger Touch II, before exporting it to the various control solutions. "The fact that I could take a TT show and put it straight onto the Toughbooks running Titan One was very important," says Watts. "It's that flexibility that puts Avolites on top for an event like this."

Because of the nature of the event, the equipment on each world was exposed to the elements. "It's wet and there's not much shelter available," says Watts. "It made sense to use the Titan Ones. They, along with the Toughbooks, gave us a waterproof playback option, running Titan. 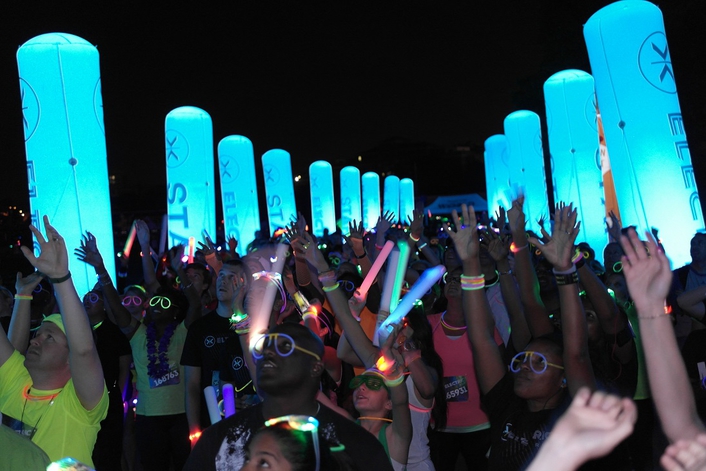 "They were all absolutely good as gold, despite some heavy rain," Watts continues. "The dongle is great - for a simple plug and play solution it works really well, and everyone was very happy with the end result."

The entire event ran off Avolites' latest software release, Titan Version 9, with all the worlds making use of the new Key Frame Shapes feature and Titan's class leading Pixel Mapper helping to get the job done.

"I found Key Frame Shapes to be a great tool," says Watts. "It gave me the ability to program complex effects very quickly, and Pixel Mapper allows effects across fixture types, rather than just sets of fixtures. I can do complex stuff really easily on sixty or seventy fixtures. Using these has saved me hours of programming time." 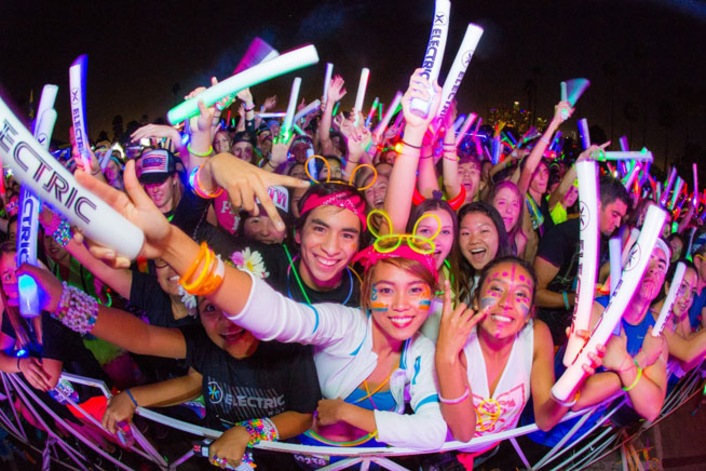 Watts also praised the new cue list functions. "The ability to open cues already made and edit fixtures and individual parameters is a great benefit," he said.

Electric Run returns to the UK later this year.