Avolites Tiger Touch is Top Act at the Circus 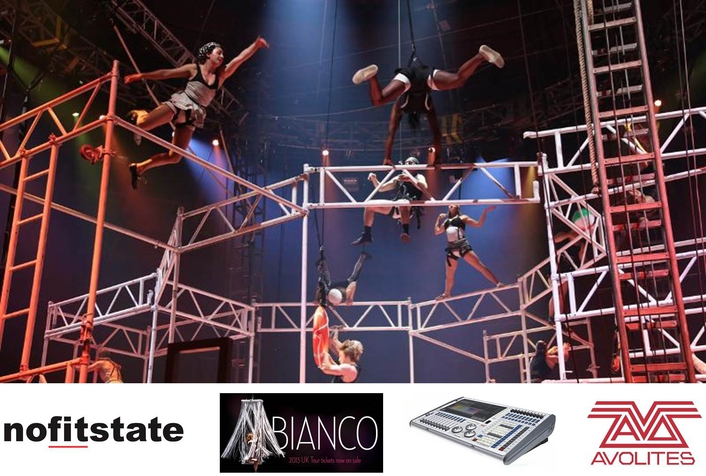 .
Effervescent contemporary circus troupe, No Fit State, recently welcomed the latest super agile, high performing member to its troupe: The Avolites Tiger Touch. The innovative console combines hands on control with sophisticated cueing. So whether LDs are lighting on the fly or building sophisticated, precisely programmed shows, or even a combination of the two, its now easier than ever.

Originally conceived by lighting designer Adam Cobley, the tour lighting is taken care of by lighting programmer and re-lighter Leif Le Page, who says that fast, on the fly access to the lighting is crucial for this latest production - Bianco.

The show, inspired by José Saramago's novel The Elephant's Journey, is primarily a production staged in the air. Performers make use of all dimensions using everything from trapeze, ropes and tight wires to trampolines. Not only that the show is crewed and rigged, in front of the audience, by the very contortionists and acrobats that star in it so Leif must be ready for all eventualities.

"The Tiger Touch has become an invaluable member of the team," says Leif. "The tour kicked off with a month at the Roundhouse and then moved into the company's own Big Top before taking off for Brighton Festival, Bristol, Narberth, Bangor and The Edinburgh Festivals.

"I tend to programme the shows before we go on the road and then re-work my cue's live on the night in response to what is going on onstage. When it comes to circus lighting it's essential that the performers can clearly see what they're doing at all times. We make huge efforts not to dazzle them. In a live situation being able to react quickly to what is happening while keeping your eye on the stage is absolutely crucial."

The touch-screen is a major step forward in making this possible as it enables the programmer to access all the information they regularly require quickly and logically.

Le Page continues, "The touch-screen is ideal for live performances. Being able to label playbacks and dimmers easily via the screen is great, as well as being able to modify them live. For me the touch-screen has made me more aware of the extensive software capabilities of Titan V7. Palettes are much easier to create and use use and I do this by accessing everything via the attribute editor and Colour Mix control." 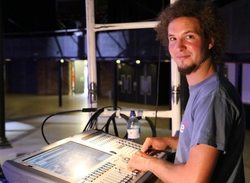 The Visualiser is particularly valuable for touring shows; simply by in-putting in the dimensions of the stage and fixtures into the software the operator is able to set and review light movement, facilitating faster and more accurate re-focusing.

Koy Neminathan, managing director for Avolites comments: "It is great to see the console being put to such creative use on this imaginative and dynamic project. The Tiger Touch is a hybrid console, which has seen the Diamond 4's functionality combined with the user interface of the Avolites Pearl to deliver a responsive and intuitive work surface. The wide touch screen enables speedy access to the hands-on control and the ever-evolving Titan software, now at Titan 7, bringing a wealth of features that ensures the LD can programme more efficiently and faster that ever before."

Avolites has built its reputation upon rock-solid live, busk driven desks where seconds count. Committed to providing the very best solutions to all aspects of the industry, Avolites have evolved since 1976 to offer cutting edge technologies across a diverse range of pioneering and steadfast equipment with the highest of quality and design, plus swift and intuitive TITAN software.

Managing director of Avolites, Steve Warren, founded Avolites Media Ltd in 2011. Avolites Media is now the sole manufacturer of the Ai brand of media servers and aims to deliver a comprehensive lighting and video solution from a single intuitive to use control surface.