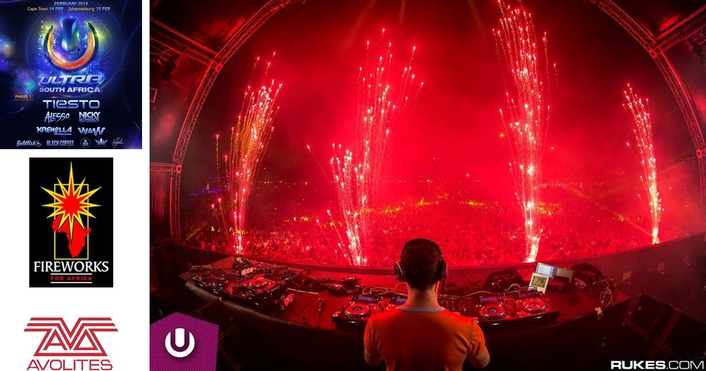 The EDM extravaganza, headlined by Dutch producer and überstar Tiësto, was the 8th international edition of the festival and its first South African incarnation, with the chaos kicking off in Cape Town before moving on to Johannesburg. Fireworks for Africa teamed up with Yeatman to create explosive visual spectaculars that pumped up the party animal audiences, with Yeatman's Avolites Tiger Touch console as the control system. 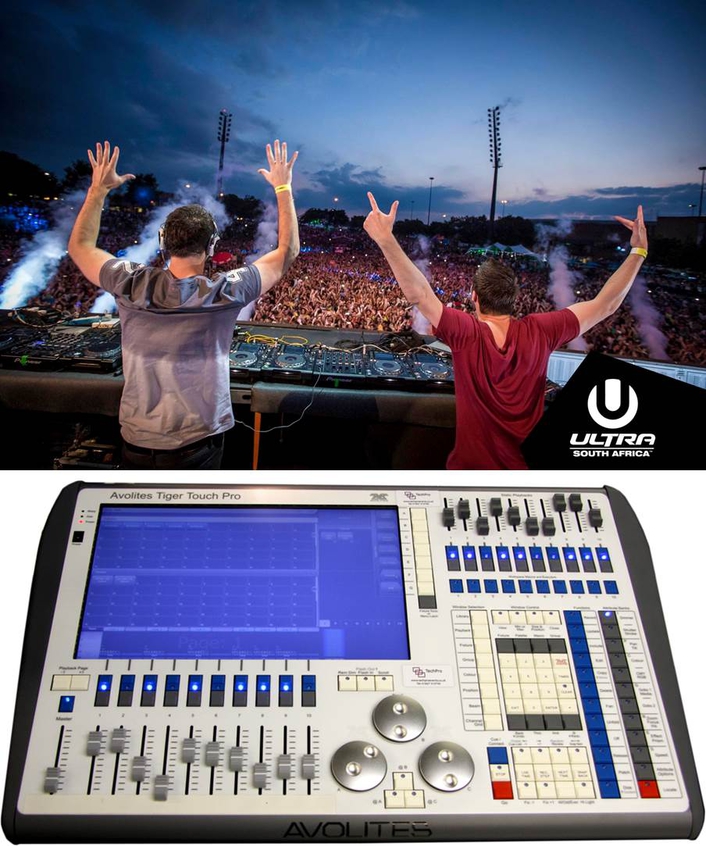 The awesome pyro displays included the use of 12 Channel Red Back Dimmers for controllable hot power channels to trigger the CO2 jets and Stadium Shot streamer canons and the 6m flame units come with integrated DMX. "The Tiger Touch facilitates an incredibly broad variety of functions," says Yeatman. "This allows me to not only concentrate on lighting but design pyro elements for shows as well, which I love as it's completely different and a lot of fun - hearing the people cheer and scream each time you shoot a pyro cue is such a buzz."

Yeatman says he required a console that would simply work with a 'one-shot' chance of getting most cues correct.

"We don't get to rehearse," explains Yeatman. "You just have to try your hardest to make sure that everything will work first time when you hit the FIRE button, which with the Tiger Touch it did. It's an extremely powerful console that is versatile, flexible and easy to operate, allowing for speedy setups, easy programming, live updating and cue editing on the fly. I wouldn't use any other desk."

Alongside the Tiger Touch, a modular radio system was used for the complex and ambitious pyrotechnic operation, and the team at Fireworks for Africa spent three days preparing for the show in their workshop, followed by a three day set-up at each venue. 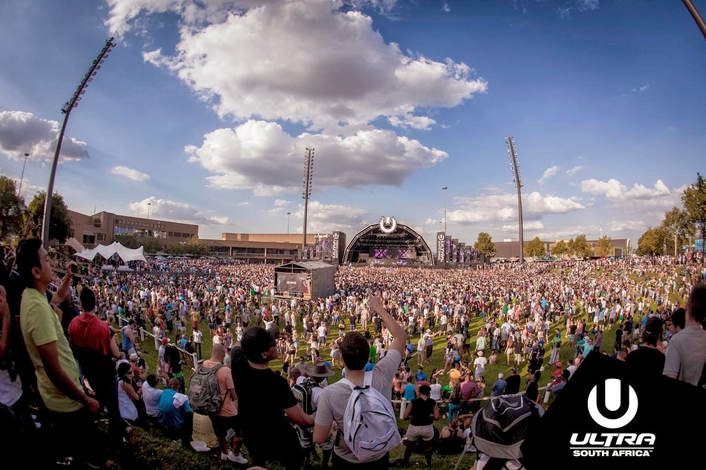 In addition to international stars such as Afrojack and Nicky Romero, fans also partied to the sounds of local heroes Goldfish, Black Coffee, Mi Casa, Euphonik, and DJ Fresh on 14 and 15 February 2014.