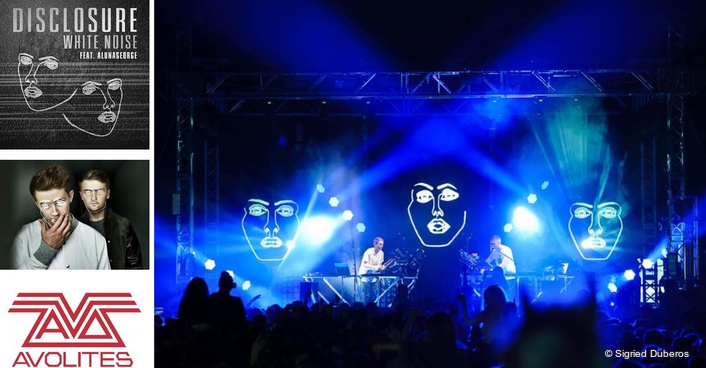 Potts is using the Tiger Touch Pro to control a mix of pre-programmed and 'on the fly' control feeding his floor package and house rigs during the tour. He's also using a Titan Mobile to control a media server being used to power visuals for Disclosure's recognisable look.

Avolites' Tiger Touch Pro allows me to work quickly and efficiently - the ability to change, remove and record programming in a controlled way during shows has been very useful this summer. We aren't quite headlining so it's all about quick turnarounds and little if any pre programming time on the house rigs," says Potts. "The Touch Pro has everything I need to re-produce my pre-programmed show at a festival. It's light, compact and for this busy run it's been great to have something that I can quickly get to FOH myself if necessary.

"I program my shows with busking in mind, allowing me to add and remove elements on top of the pre-programmed base. Mode 2 is a great tool and when used on top of chases combined with combined fixture and channel step programming creates some great effects that can be morphed into any house rig at a festival. It's great to have The Mobile console that runs without mains power or the need to shut down - I have made adjustments to our server programming many times in the wings at festivals or even programming house pallets using their spare fixtures. It's great to be able to pick the system up with one hand and go as required." 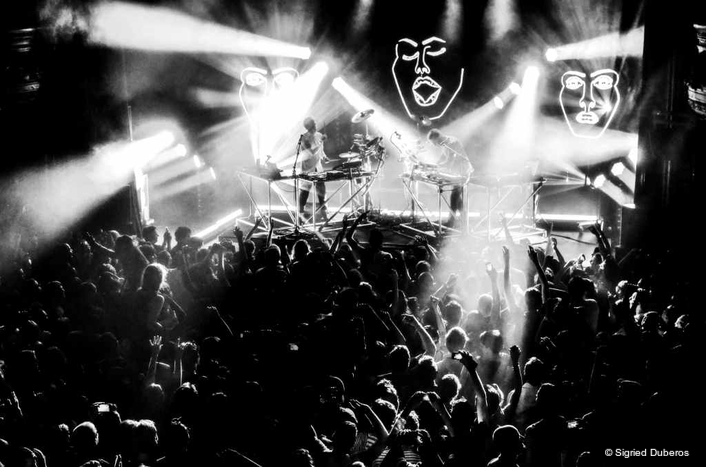 Potts has used gauze projection screens to give personality and great depth to his gobo work that in hand reinforces the duo's marketing and live campaign. He says his design vision for the shows was to make a slick, energetic and inclusive show, programmed in such a way to give an 'old school vibe' at times.

"The Titan software allows me to create complex movements and effects, but also quickly change these - live if necessary - to very simple large looks that the music calls for. I use the Mobile console to run the same show in 'fly pack' mode with a touchscreen ASUS UX31A. It fits nicely inside my flight ready Peli case with room for my Mac running Catalyst - so it's all guaranteed to show up at the gig and not miles away!"

A recent Billboard.com review of Disclosure's NYC summer show said: 'The brothers Howard and Guy Lawrence, 19 and 22 respectively, were accompanied by a large diamond-shape LCD display that illuminated the stage with graphics. A 10-ft, 1984-esque animated version of the duo's signature face outlines, complete with lips that seemed to move in time with lyrics, was the most impressive.' 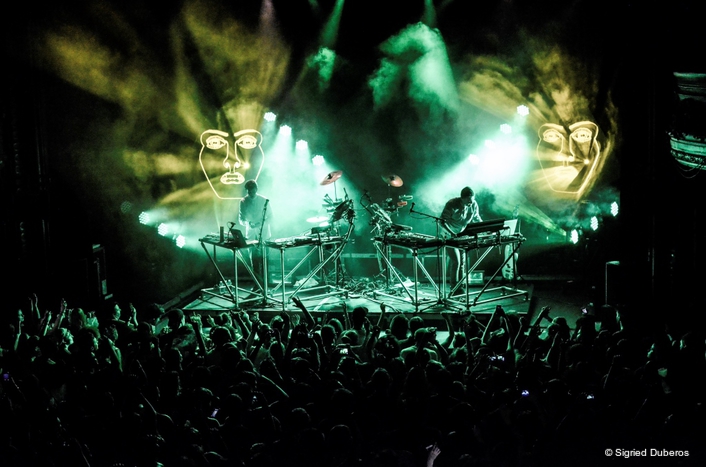 Disclosure has been touring all year, visiting some of the world's coolest festivals in countries ranging from Australia to Austria, Ibiza to Illinois. The boys' tour is scheduled to continue into 2014, following a UK run in November 2013.

Clay Paky and RML Illumin...ure Video “F For YOU”
ElectricFly Electrifies G...ring with Avolites
Robe Gives It Large at One Big Weekend