Avolites Supports the Next Generation of LDs at Rose Bruford College 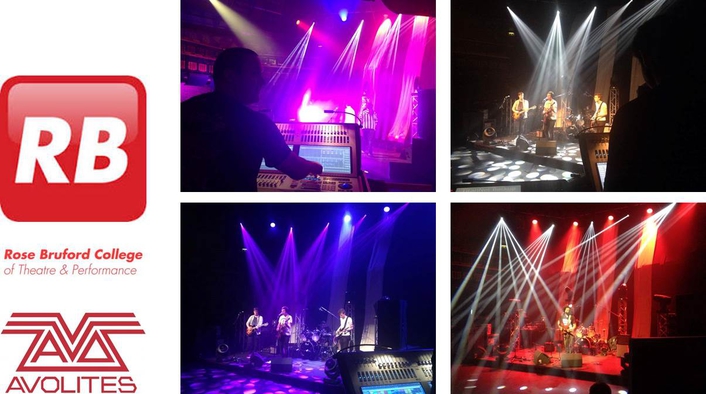 .
Students at London's Rose Bruford College of Theatre & Performance have used an Avolites Sapphire Touch and Tiger Touch II to stage a concert as part of a specialist module on lighting design for live music.

The students opted to take 'The Concert Lighting Project', offered in addition to their theatre lighting design courses at the college by Rose Bruford programme director and lighting designer Hansjorg Schmidt. 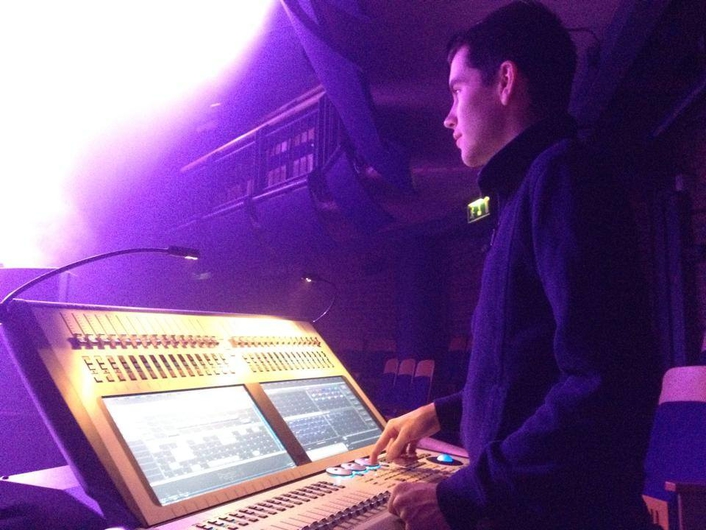 The students were tasked with creating a lighting design for a concert at Rose Bruford's 150-capacity theatre, working together on lighting design and programming, and taking it in turns to control using the Avolites consoles on the night.

"We wanted to give the students the best overview of our Titan consoles," says Avolites' Amy Schofield. "The Sapphire Touch is our flagship console and I thought the students would really enjoy using it, and the Tiger Touch II is our most popular console so it will probably be the console they come into contact with most in the industry. Historically, Avolites consoles are excellent for live operation and controlling intelligent fixtures which is great for live music and coupled with Titan's powerful cue listing ability it made it the perfect choice for this crossover project."

"The concert was a great success and all went very smoothly technically," says Amy. "The students enjoyed their time on the Sapphire Touch whilst LD Dave Lee oversaw their 'live' work. Titan consoles are extremely intuitive and I think most students were able to pick the software up very quickly. They also enjoyed how much you can personalise your console with functions like the quick sketch." 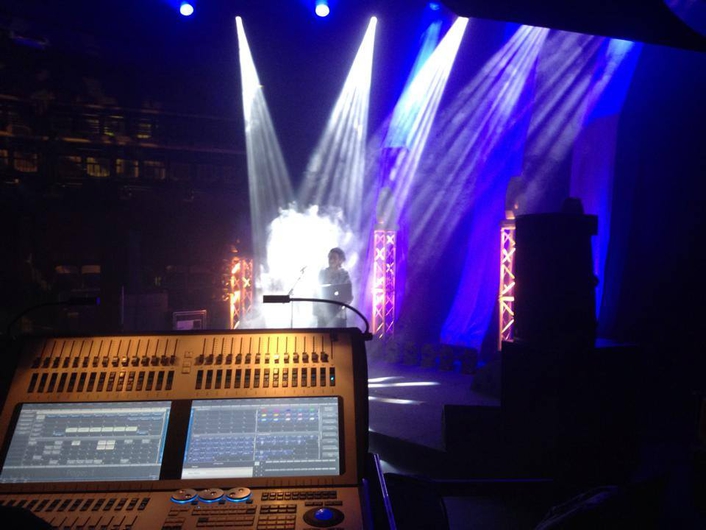 The collaboration was part of Avolites' ongoing relationship with schools and colleges, and echoes its commitment to training and support.

"I feel it's very important for Avolites to work with students," continues Amy. "We've worked with many schools, colleges and like to show our students the real face of the company so they can get to know us and know where to go if they need anything. I'm looking forward to strengthening the relationship I built with them so they feel confident to approach me in the future, and also Avolites continuing to be involved so we can work with other students and build those invaluable relationships with the future of the lighting industry."