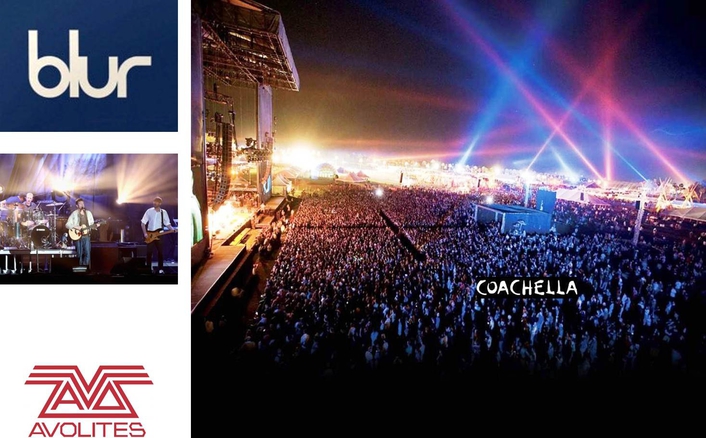 .
Leading UK lighting designer Dave Byars has put his brand new Avolites Sapphire Touch to work on Brit-pop band Blur's heavily atmospheric 2013 tour, which has smouldered under the stars in venues and at festivals, including Coachella, California.

Dave Byars - who has been in charge of lighting Blur since the band first formed - had quite a challenge on his hands. Maintaining his high design values, while coping with the varying set ups of festivals, and arenas around the world is no mean feat. This is especially true in Byars' case as he is not touring his own rig but rather using festival house rigs or hiring locally at each venue. This means he often ends up with very different set ups or equipment types for each show.

"Being able to programme and design on the fly is essential for a tour like this one," stresses Byars. "I've been an Avolites console user for over 20 years, Diamond 4 primarily but now the Sapphire Touch. I've been impressed with the accessibility of the various design palettes on the control surface of the Sapphire Touch - I used it at Hyde Park with Blur last year and then again on Deacon Blue. Having the Titan Mobile as back up on my laptop has also been a real bonus. I can now take care of all the show patching and housekeeping in between festivals, either on the plane, tour bus or in my hotel room."

In fact Byars says he pre-programmed much of the Coachella lighting on his laptop during the flight to California and then simply plugged his USB stick carrying the show into his Sapphire Touch. "It patched straight in without a hitch! Also much appreciated is the Sapphire Touch's easy to access Quicksketch freehand tool. This allows me to keep on top of my design in the more often than not, challenging festival environments."

Byars also says that the easy to access functionality of the Sapphire Touch mixed with a bigger, more versatile platform offers him all the control he requires during some invariably frenetic festival changeovers. "The extra playbacks and dual screen really lend themselves to the busy festival environment," he continues. "This combined with the power to easily transpose an arena programmed show to the festival circuit using the Titan software is invaluable. Titan v6 allows me to visually map the rig on the screen of my console. This certainly makes the process of copying, pasting and cloning fixtures a complete breeze! 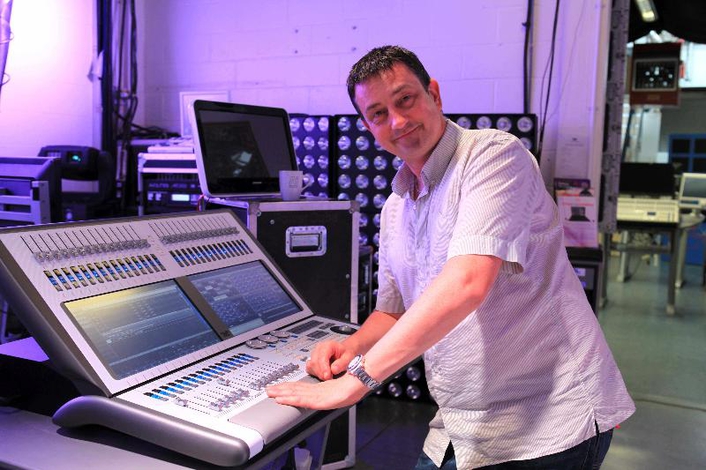 So why buy rather than hire? Well Byars says he has always had a very positive relationship with the team at Avolites and has always felt supported technically: "It seemed like the right time and a good idea to invest in my own Sapphire Touch for this tour. I think the software is stable enough and I knew it would be an eclectic collection of venues and festivals. My view was that it would really smooth the design and programming process to be as in tune with the console as possible."

Koy Neminathan, sales director for Avolites continues: "Avolites is proud to say that we've had a long-standing and extremely productive relationship with Dave Byars for many years. It's great for us to hear that he has been so impressed with the Sapphire Touch. We really value Dave's opinion as he knows our consoles inside out and has always given very helpful feedback from festivals and venues which we have fed back into our product development and design over the years. Our Avolites Curry Club has often provided the perfect opportunity for feedback from Dave too!"