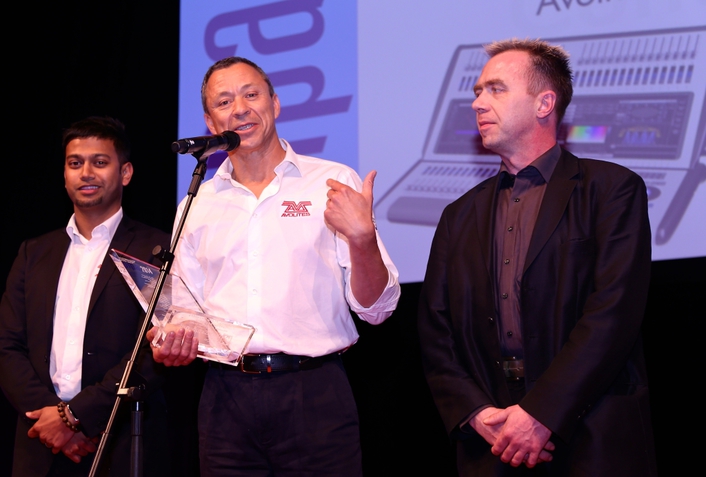 The award highlights Avolites Media's achievements in design and innovation of the Sapphire Media Controller, which connects to and controls the powerful Ai Media range of servers enabling seamless integration of all visual elements.

More than 100 magazines from all over the world voted to determine the best audio, lighting, and musical equipment, attended by more than 300 industry movers and shakers. 2014 marked the debut PIPA awards, which ran alongside the well-established Musikmesse International Press Award, which is now in its 15th year.

The Avolites Media team was present to accept the award at Frankfurt's Messe exhibition centre on Thursday 13 March.

"We're over the moon at being awarded a PIPA at the first ever Prolight + Sound International Press Awards," says Avolites Media MD Steve Warren. "It's been a fantastic couple of years for Avolites Media, and our Ai media servers and control surfaces have enjoyed worldwide success powering some of the biggest events. It's always been an integral part of the Avolites philosophy to give designers an intuitive hands on user interface. This award is the icing on the cake as it is voted for by the global trade press, who have been following the success of Avolites Media since we launched in 2011. We'd like to thank Prolight + Sound and everyone who voted for the Sapphire Media Controller for their support - here's to the next year of Avolites Media success!" 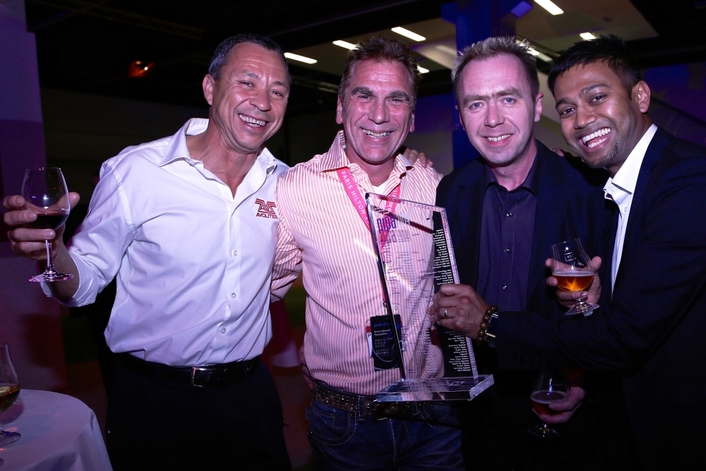 Designed and manufactured in the UK, Avolites Media's Sapphire Media is an integral element of Avolites Media's Ai media server package, featuring two generous, wide screen, touch surfaces for easy access to the User Interface and Salvation Engine control. Additionally, 4 switchable and assignable, touch preview monitors are available to the system operator. These preview monitors may be mapped to any inputs, outputs or video layers. The Sapphire Media offers 15 motorised faders for live control, mappable to content triggers, effects or parameters. Also provided is a smooth T-Bar for traditional vision mixing, and direct access buttons, pre-assigned to popular features and functions. All controls may be user configured to produce fully customised functionality.

This is the latest in a long line of awards for Avolites Media and the Sapphire Media Controller - after it was launched at PLASA 2012 in London it immediately won the coveted PLASA Innovation Award, with the judges commenting: "It's the first integrated video control surface dedicated to video. It's well thought through and well designed."