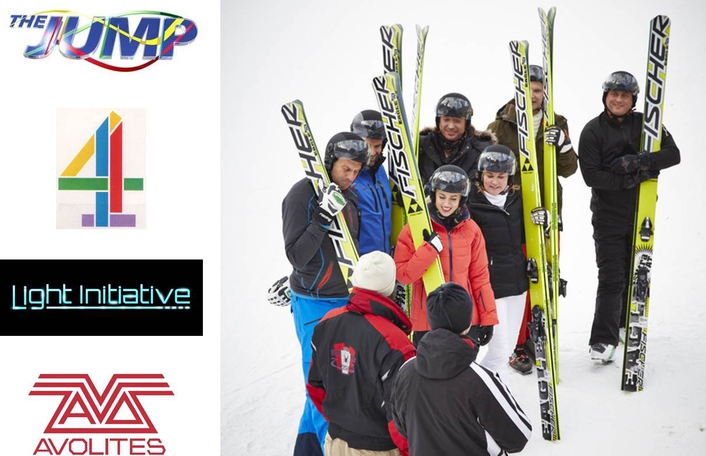 The show, presented by Davina McCall and Alex Brooker, took place in the Tyrolian Alps near Innsbruck, Austria, and saw 10 celebrities, including Sinitta, Sir Steve Redgrave, and Joe McElderry, compete against each other in a range of winter sports, including three ski jumps of increasing size.

"The Ai server coped admirably in the conditions, being seemingly unaffected by the cold temperatures and the need to be running 24/7 for two weeks," says David Bishop. "The system was put together and maintained on site by Ben Vaughan, and was problem free for the duration of the run." 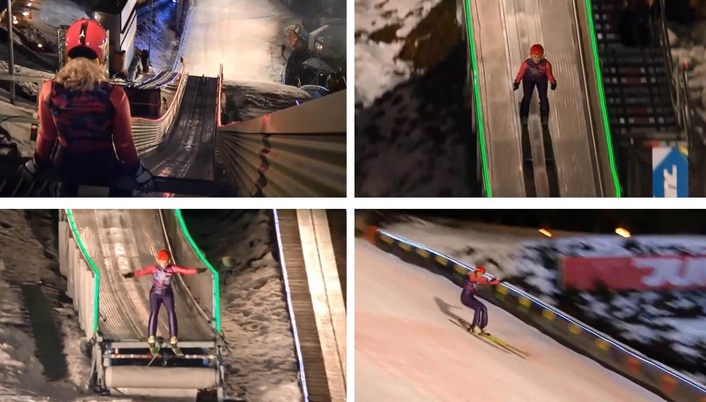 The server was stationed within the commentary box with Olympic ski jumper Eddie 'The Eagle' and show narrator Barry Davies. This was around 350m from the seven active Light Initiative (LI) LED slave controllers, linked from Ai via 100m of networking cables and an additional 60m to the LI LED video processor. All 400m of IntelliFLEX across the three ski jumps were controlled from one Ai media server in -10°C conditions.

"Ai was chosen by Light Initiative as the best product for the job following an extended period of discussion and support from their representatives in the UK," continues Bishop. "This allowed them to ensure the best possible interface between the server and their LED product. As operator, I spec'd a 3x5 layer configuration. The three jumps were created as a fixture each, with five layers available for each. This setup allowed maximum flexibility within the lighting design: a base layer for generic/background media; a top layer for sparkle and excitement; leaving three layers for one-off effects as well as the format specific red to pulsing green during the ski jumping sequences.

Roger Williams continues: "My brief was to ensure the show looked more interesting and colourful than previous incarnations of the show, where things were a little too white and flat with nothing lit apart from the ski run. My first idea was to have a skiing look - bright white and even for the jumping - and then a light entertainment look which would hold for the bulk of the show. I also wanted to light the tall trees surrounding the set to show that we were actually in a beautiful Alpine location. With great content, we were able to create exciting moments into and out of the commercial breaks and for the closing."

Williams sold the idea to production that on the "go" moment he could create a red to green swoop down the ski jump which would indicate to the skier that the course was safe, and also give a moment of drama for the viewers, utilising the qualities of the IntelliFLEX LED system.