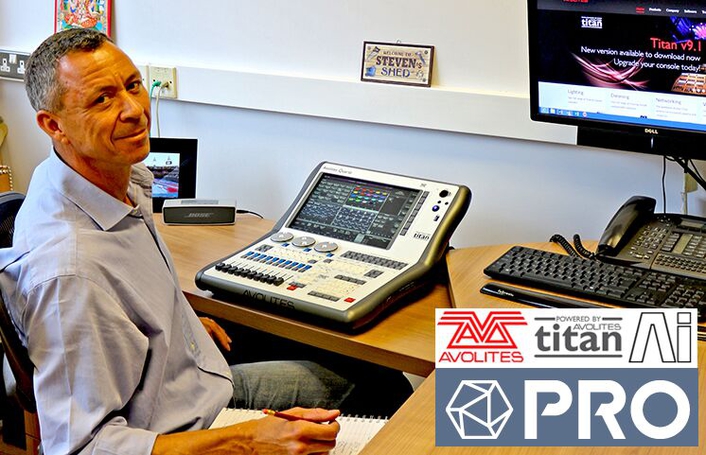 The seminar will take place in the PRO Learning Space at midday on 13 September.

Lighting and video world titan Steve Warren will join other industry maestros to debate The
Convergence of Lighting and Video in the Live Production Industry at the PRO show seminar this month.

As MD of Avolites, the industry leader in intuitive lighting consoles, media servers and control, Steve brings a wealth of knowledge and experience to the PRO Performance and Venue Technology Show. Taking place at Birmingham's NEC from 12-14 September, PRO is an event all about dynamic, cutting-edge thinking in lighting, video, audio and effects technology.

Steve will be joined on the panel by industry experts such as Philip Norfolk (Ambersphere), John Montague (FIX8Group) and James Heron (Green Hippo).

The Convergence of Lighting and Video in the Live Production Industry will take place in the PRO Learning Space at midday on 13 September, and will be moderated by Rachel Rogerson-Thorley of TPi Magazine.

Recent years have seen a convergence of the two arts of lighting and video design, the lines blurring as LEDs are used in video panels and continue to replace conventional lamps in lighting fixtures. How far will it go? Will the two become inseparable as technology continues to develop? And what does it all mean for you and your industry?

Steve, who with Avolites is working of the world's first truly hybrid video and lighting control panel, will bring his expertise as the panel discusses this possible merge and what it could means for those who work in the industry.

Steve purchased Avolites in 1991 with Richard Salzedo and Meena Varatharajan. With his colleagues, he steered the company in a radical new direction, listening closely to consumers to design ever smaller, easier to use and incredibly powerful consoles which have revolutionised the industry.

He has provided control equipment for the London Olympics and the music shows of such superstars as Michael Jackson and the Rolling Stones.

The PRO show is opening for its second year and runs from 12-14 September. Together with sister show BPM DJ and Electronic Music Production Event, the PRO show will occupy three halls and 15,000 square metres of spaces within the NEC Birmingham.