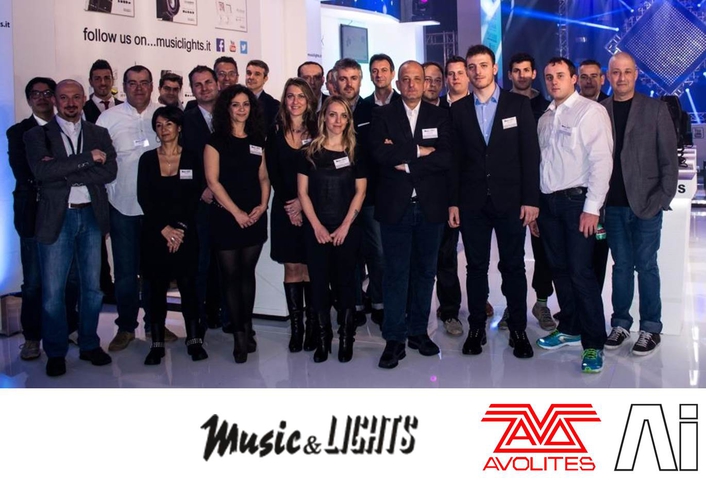 Avolites has announced that its industry-leading range of lighting and Ai video and multimedia control technologies will be distributed in Italy by Music & Lights. The deal has been welcomed by both companies.

"We are confident that the appointment Music & Lights as our distributor is our most effective step to ensure our continued growth in the Italian market," says Avolites Managing Director, Steve Warren. "We are extremely impressed with the potential of Music & Lights and CEO Fabio Sorabella's highly effective team are enthusiastic, dynamic and focused on growth."

Warren's words are echoed by Avolites Sales Director, Koy Neminathan: "Music & Lights have proved that they are capable of providing excellent service training and support, both pre and post-sale. Avolites have invested in the development of new and unique features for both lighting and video control and it is of the upmost importance that we work with the most capable partners to support our customers. Avolites products allow our customers to achieve the very best returns on their investment and a partner as strong and experienced as Music & Lights will benefit all of Avolites Italian users. We are proud to be working together!"

Fabio Sorabella comments: "We are extremely excited to carry a prestigious brand such as Avolites, which will perfectly complement our existing solutions aimed at the professional AVL market. Music & Lights knows that Avolites provides extremely powerful and cutting edge technologies, while maintaining accessibility. The control philosophy is highly intuitive, a characteristic for which Avolites products have become popular and famous worldwide."

Music & Lights will hold the entire range of Avolites lighting consoles and dimming control as well as Avolites Ai Video and multimedia servers and software.

Since 1990, Music & Lights has become a reference company in the field of audio, video and lighting technology. Professionalism and motivation have allowed Music & Lights to claim themselves as the leader in their sectors and markets.

Created in 1978, with headquarters in Park Royal London, Avolites has emerged as the market leader for professional lighting and video control technologies.

In 2011, Avolites created the division Avolites Media, designing and manufacturing the video control products under the "Ai" brand of media servers and video controllers. The multi-award winning Avolites Ai media servers immediately impressed the industry by controlling "the world's largest landscape video display" at the London 2012 Olympics opening and closing ceremonies and going on to control the unique "volumetric LED display" at the Sochi Winter Olympics.