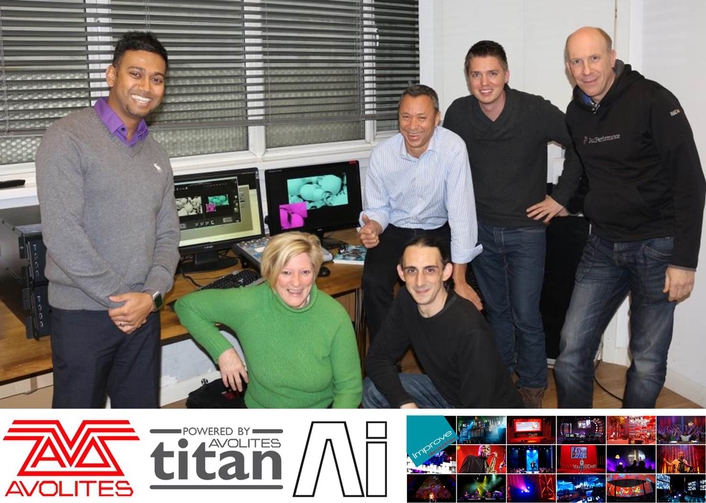 The announcement comes just weeks before Avolites and Improve team up at the Amsterdam tradeshow Integrated Systems Europe (ISE) to exhibit Avolites' range of control consoles and servers and unveil the incredible new features of its new Ai V8 software.

n May 2014, Avolites appointed Fairlight as its sole distributor for The Netherlands, and they will also be represented at ISE by Menno Appelhof, who will be on the Avolites stand. Improve will act as Avolites' exclusive Dutch dealer.

Improve's core business is the design and implementation of integrated lighting and video concepts for the corporate and cultural events market, sourcing industry-leading control consoles and media servers push the boundaries of what can be achieved.

Improve's Antoinette Wijffels comments: "Improve is proud to announce that it has become an Avolites dealer. Improve is impressed by the quality and growing functionality Avolites media products are offering. For instance, with the latest Ai V8 software, 3D multimedia really gets a great boost. In the pre-production and production phases it is easy to show to the customer the event in 3D from every conceivable point of view, which makes the process of creation much easier and much better. Thanks to Ai, the step from virtual reality to real life show is really easy to make. We believe our toolset is greatly enhanced by teaming up with Avolites and we look forward to working more closely with the Avolites team and products."

Avolites MD Steve Warren comments: "We're delighted to have a brilliantly proactive dealer in Improve as part of the Avolites network, as our new reselling, training and support partner for digital lighting control. They join Fairlight, our sole distributor in this territory, to share the task of expanding our presence in the Netherlands, and boosting our training and support infrastructure for the Dutch market.

"We chose Improve due to their vast knowledge and experience of the media server market, as well as their commitment to fantastic support and training in the Dutch market. Improve's longstanding reputation is unquestioned."

ISE will mark the official start of Improve's status as Avolites Dutch Digital Media Reseller, with Improve exhibiting Avolites Ai range on its stand, 8-L395. Avolites will also be on its own stand, 8-K300 at ISE, which runs from 10-12 February at the Amsterdam RAI.