Two MacBook laptops with Ai software licences control the incredible array of effects running through the bottles
In a nod to her status as working mum pop star, British singer Lily Allen has been touring both the festival and venue circuit in front of a backdrop of baby bottles laced with LED strips and controlled by Avolites Ai.

Allen first unveiled her baby bottles set - a concept conceived by acclaimed stage designer Es Devlin - at Glastonbury 2014 and went on to perform with the bottles throughout the US, UK and Europe in the autumn as part of her 'Sheezus' tour. In January and February 2015, the tour continues to Asia.

The bottles were designed by bespoke lighting creators Light Initiative and feature LED strips inside, making up a mapped 'video screen' of colours and effects. 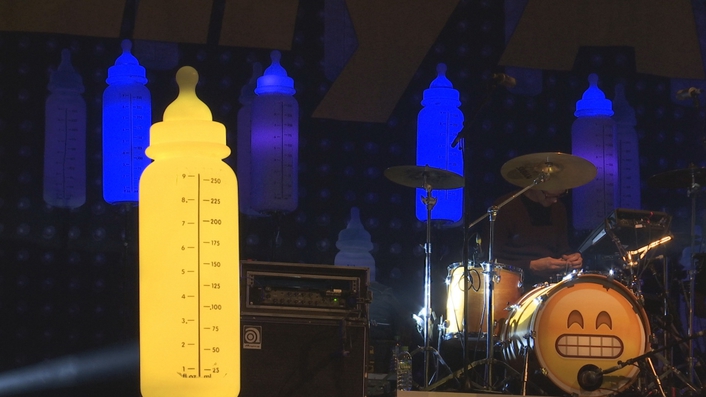 For the tour, Ai operator and content creator Aislinn 'Ash' Clifford and Ai programmer Toby Dennis are using two MacBook laptops with Ai software licences to control the incredible array of effects running through the bottles, with Ricardo Lorenzini on lighting duties.

"The bottles have LED strips inside, which are controlled by slave units, dotted around the stage," says Dennis. "The LEDs are spiralled inside and then mapped accordingly. Each bottle has two data inputs split between the teat at the top and the main body of the bottle. The mapping was actually quite complicated as there's so much going on, and when we first started we weren't sure how we could achieve the desired effect. The question was: do we want to control via ArtNet, as a lighting fixture, or as a video surface? And how would we achieve that? It was Bryn Williams at Light Initiative who suggested we went down the Ai route. He showed us what it could do, and we then went to Ai HQ and discovered more, and we were sold!" 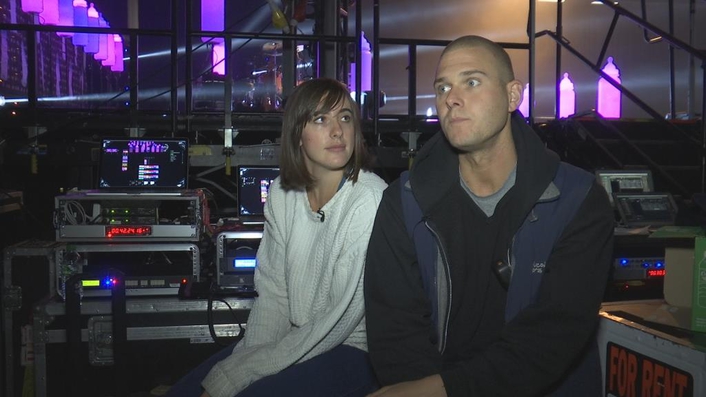 Clifford continues: "We were very impressed with what Ai could do, and the fact that the Avolites guys were on hand throughout the first month we were one tour to write in bits of software to adapt it to what we required. It was amazing that they could make patches so fast... Ai was really easy to learn - the user interface is great. We put a 3D model into the visualiser, and watched the content through as it would look in real time."

"The main thing I like about Ai is the interface," adds Dennis. "To be able to see all of your surfaces straight away in front of you, to scale, and you really get an idea of what's going on. It's not just a clip playing and then you have to imagine it playing on said surface whether it's curved or 3D etc. When you get a bit deeper, you realise the amount of genius that's going on underneath; it's so powerful! And the fact that Ai is 'drag and drop' is fantastic - using Ai makes it easier to programme everything and it's been very stable on tour."

Avolites' Selvin Cooper adds: "It was great to see Ricardo putting Ai through its paces on the Pyramid stage this year at Glastonbury, mixing timecoded playback with ArtNet triggering modes. This created a very dynamic look with this completely custom set up used as a video screen or a lighting fixture cued from the desk. 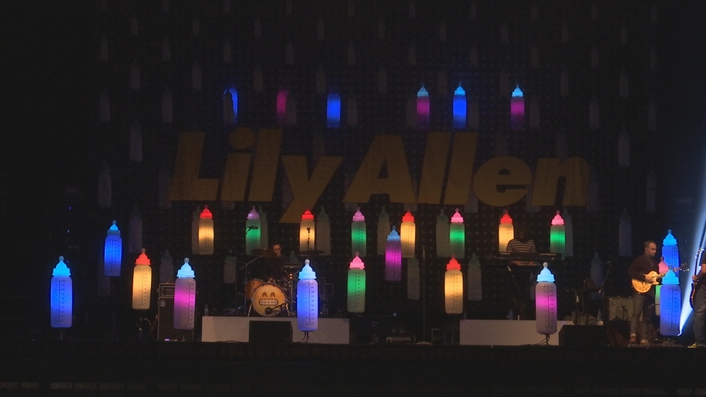 "The ability to use Ai's visualiser to see how any piece of content will look on a nonstandard video surface such as twenty four 1 metre high babies' bottles was key to enabling Ash to create custom content that would have the best impact. The first leg of the 'Sheezus' tour has been running solidly on two laptops, enabling tour bus tweaks to programming, or fly with your video control system as hand luggage for those one off TV shows in Japan."

The team takes Lily Allen's baby bottles and Ai to Japan, Taiwan, Hong Kong, and Singapore in the spring.

About Avolites:
Avolites is widely regarded as the world's premier manufacturer of lighting control consoles, media servers and control, and dimming systems, all compatible in an integrated solution for total visual control.With 36 years of expertise delivering productions across music, film, corporate and theatre, Avolites now aims to deliver a comprehensive lighting and video solution from a single intuitive control surface.