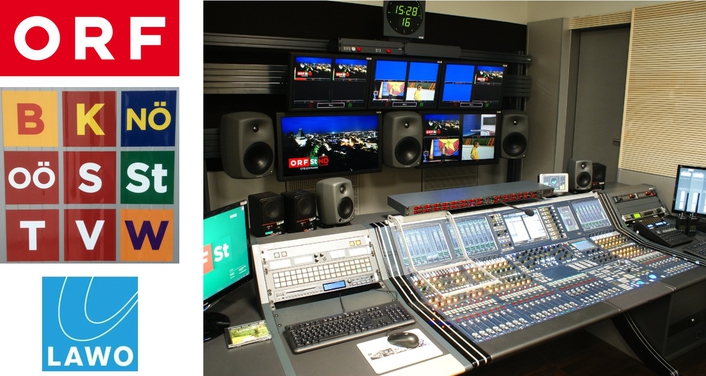 Part of a large-scale technical modernization project, Austria’s ORF is equipping all of its nine regional broadcast centers with new TV broadcast workplaces. The move sees the federally organized, nation-wide public broadcaster placing a selection of Lawo audio and video equipment at the heart of its operation. All of the new workplaces are identical, and will use Lawo mc²66 mixing consoles, DALLIS-IOs, and V__pro8 video processors. Key to the renewal are two identically constructed Lawo container broadcast control rooms – these can be docked to the broadcast houses during the modernization to allow production to continue uninterrupted throughout the works.

Driving the adoption of Lawo broadcast workplaces is ORF’s transition to HD production, which has necessitated the renewal of its technical infrastructure –more than 12 years after the last technical equipment upgrade.

Every TV broadcast station operated by each of Austria’s federal states in (including Vienna) is to be equipped with a Lawo mc²66 mixing console in a 16-8-8 frame, plus an HD core with three DSP cards providing 144 DSP channels. Connectivity extends to 20 MADI ports, 4x32 AES inputs and 4x32 AES outputs. Alongside the high sound quality, clearly arranged console surface and flexible operation offered by the mc²66 systems, each control room has a routing capacity of 8192x8192 crosspoints.

The equipment also includes two DALLIS IO units that support future-proofing through the connection of additional DALLIS stageboxes. A Lawo V__pro8 video processor is also installed at each TV broadcast workplace, offering glue features such as format conversion and color correction, as well as audio embedding and de-embedding. Its MADI audio connections create a bridge between video and audio within the studio infrastructure. The V__pro8 acts as a flexible router thanks to its 8x8 video matrix and a 384x384 audio matrix, ensuring each channel can be switched to any other. A modern GUI based on HTML5 guarantees ease of operation during daily work. 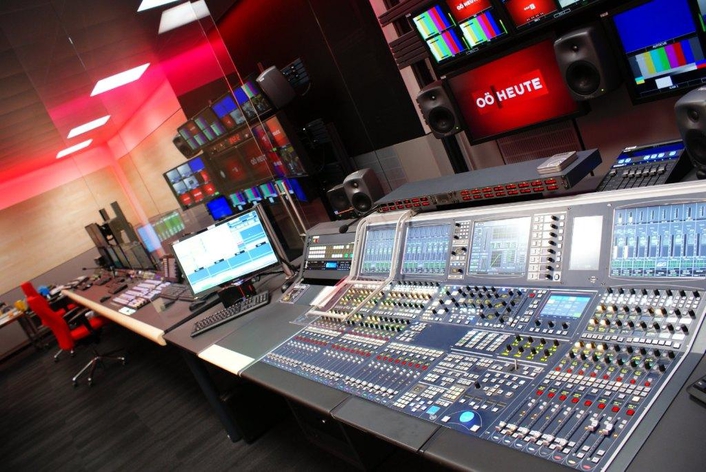 The ORF selected the Lawo systems following a formal tender procedure – due to their suitability and the efficient use of available financial resources. In addition – thanks to the use of uniform equipment and the Lawo systems already installed in ORF stations – a short operator-training period is all that is required for the new workplaces. In future, ORF's sound engineers will find a familiar work environment at each regional broadcast center so that they can quickly focus on their tasks.