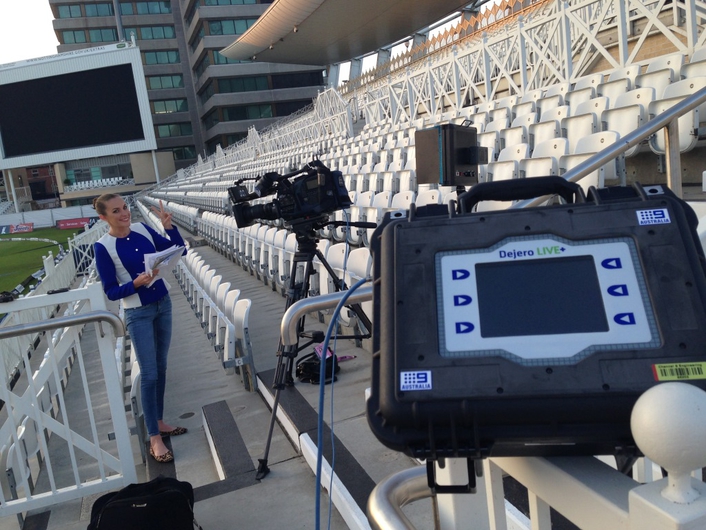 Dejero LIVE+ 20/20 Transmitter and Broadcast Server Offer Powerful, Flexible, and Reliable Solution for Mobile Newsgathering
To date, Nine Network news crews have used the Dejero equipment to cover a wide variety of live and breaking news stories across Australia and as far away as the U.K. and the U.S. The equipment was used for live coverage of the 2012 bush fires in New South Wales, the recent flare-up of tension between North and South Korea (live from the Korean DMZ), and, most recently, coverage of the 2013 Ashes series of test cricket matches between England and Australia. 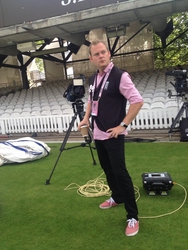 For the Ashes series, the Dejero LIVE+ Platform created a live connection between the Nine Network news anchor in Australia and the reporter in the U.K. using 3G and 4G cellular networks with only one second of latency. Throughout the 47-day series, the Nine Network news crew traveled to multiple U.K. cities and transmitted live morning, afternoon, and evening reports daily.

Dejero LIVE+ is sold and supported in Australia by Sydney-based digital media specialist Digistor, which was instrumental in supplying the solution to Nine Network and can provide local demonstrations and information to organizations evaluating ENG options.

About Nine Network
Nine Network is one of Australia's top-rated commercial television networks. Nine Network broadcasts from four television stations in Sydney, Melbourne, Brisbane, and Adelaide and also through regional broadcaster NBN and agreements with other regional operators. Nine Network's strength and consistency comes from its extensive news and current affairs coverage, broadcast rights to popular sporting events and slate of comedy, entertainment, and lifestyle programs. Nine Network continues to set benchmarks in news and sports coverage with multi award-winning shows including The Voice, The Block, and Underbelly.

About Digistor
Established in 1990, Digistor is a leading Australian supplier of professionally supported solutions for the creation, management, storage, and delivery of digital media. With customers throughout Australia, the company has a proud history of providing elegant solutions for media production and delivery needs irrespective of complexity.

About Dejero
Dejero offers the most extensive and versatile range of bonded wireless uplink solutions for mobile newsgathering. Winner of numerous industry awards, the Dejero LIVE+ Platform and its patent-pending Intelligent Connection Management combine adaptive bit rate encoding with the latest advancements in 3G and 4G LTE mobile technologies — making electronic newsgathering as immediate, portable, reliable, and cost-effective as possible. From any location around the world, the LIVE+ Platform enables both traditional and online broadcasters to transmit high-quality HD or SD live video using a variety of mobile devices, including professional-grade rugged transmitters, laptops, tablets, and smartphones. Dejero LIVE+ products can be set up anywhere in seconds to broadcast live to television viewers, stream to the Web, transmit recorded video for later use, share video content with other organizations, or send files remotely. Innovative engineering from wireless experts combined with input from many of the world's top broadcasters has produced the Dejero LIVE+ Platform. Dejero is based in Kitchener, Ontario.