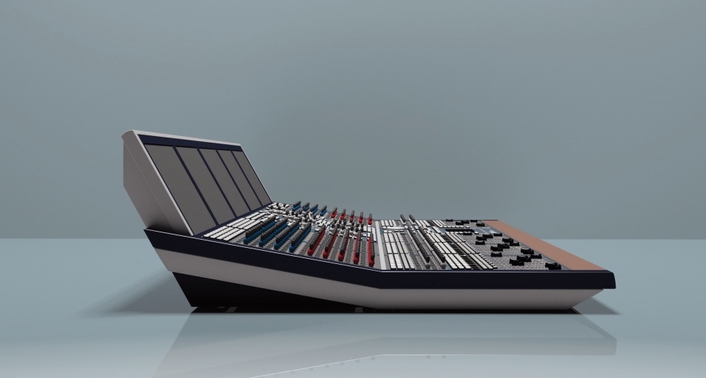 Premier at the Tonmeistertagung
STAGETEC presented the new AURUS Platinum at the Tonmeistertagung 2014 in Cologne, Germany. The Berlin company was launching the successor to AURUS and showcased a mixing console in a fresh, new design with ground-breaking technologies. The new console combines proven AURUS functions with modern features, a brand-new control concept and a plethora of formats. All of this makes AURUS Platinum a powerful tool in any broadcast, theatre or studio application.

Included among its new features are a neat matrix mixer, DAW control and the ability to use meter bridge screens for external video signals in parallel. It is also possible to access Dspecialists' ISOSTEM automatic upmix algorithm via the NEXUS that comes with the mixing console.

AURUS Platinum has a unique control concept which is predicated on fast operation: 22 rotaries per channel strip and up to 96 channel strips with real-time switching and display give direct access to all channels and parameters. A touch pad integrated into the control surface replaces external input devices such as a keyboard and mouse, and facilitates fast and easy access to the control software.

The mixing console also scores with additional improvements to familiar features such as scene automation and the spill function. Deep integration into the NEXUS audio network provides an AURUS Platinum user with unlimited connectivity and an unsurpassed variety of audio formats. Patented noiseless microphone inputs and very high-precision calculations for all DSP and mixing functions ensure that sound is clear and transparent.

AURUS Platinum offers a mature variety of features and functions for a wide range of applications. Its strength is in large audio networks with diverse mixing tasks but its stand-alone performance is equally powerful. A true all-rounder that enables unlimited combinations!

Even before being presented at the Tonmeistertagung the console has found its first new home. Public broadcaster Phoenix will receive the very first AURUS Platinum for its studio in Bonn, Germany.