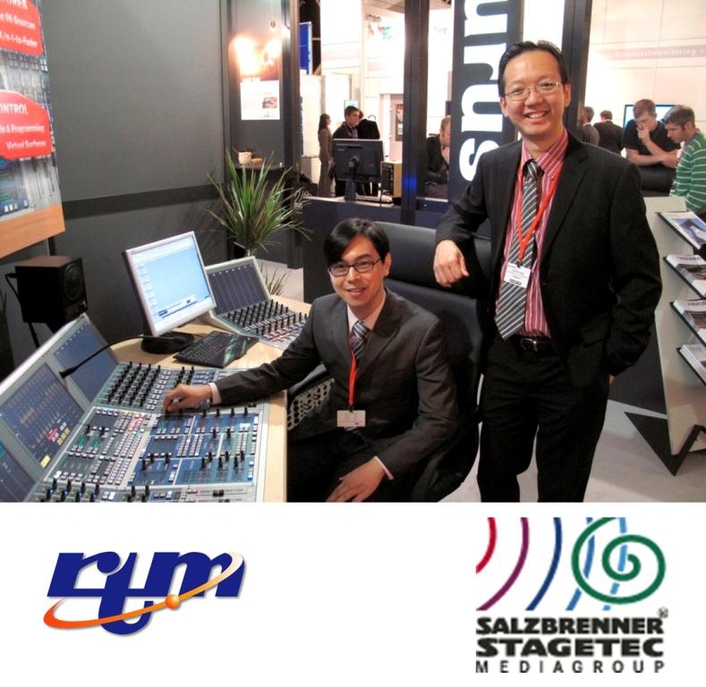 Advon Tan and David Chan, SALZBRENNER STAGETEC MEDIAGROUP Malaysia
Radio Television Malaysia (RTM), the Malaysian government owned broadcaster based in Kuala Lumpur, is getting ready for HDTV with audio technology by SALZBRENNER STAGETEC MEDIAGROUP. After having equipped three sound control rooms with AURUS consoles back in 2005 and 2008, the broadcaster has now purchased three AURATUS consoles for TV production. 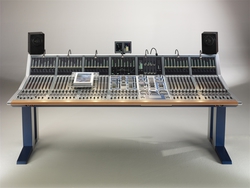 Together with this purchase RTM also opted to upgrade the audio technology of its most prominent auditorium, the "Auditorium Perdana" in Kuala Lumpur which has been equipped with an AURUS console since 2008. Now a VIVACE electro acoustic room-enhancement system will complement this installation in order to improve the acoustics of the auditorium, which was built in the late sixties. Thus, the 700 seat hall will offer a demonstrably better sound experience for the audiences of the numerous TV shows produced here. At the same time, the sound control room is getting an upgrade to surround capability with additional DSP-resources for its 48-fader AURUS and Dolby-E® decoder and encoder cards, complemented by HD-SDI cards for the NEXUS audio routing system.

“This latest project with RTM is an overwhelming sign of trust for us”, states David Chan, head of SALZBRENNER STAGETEC MEDIAGROUP Malaysia. “We are proud to hear that, with this installation, all the sound control rooms in the main broadcasting house will now rely on MEDIAGROUP audio mixers and routers for their operations.”