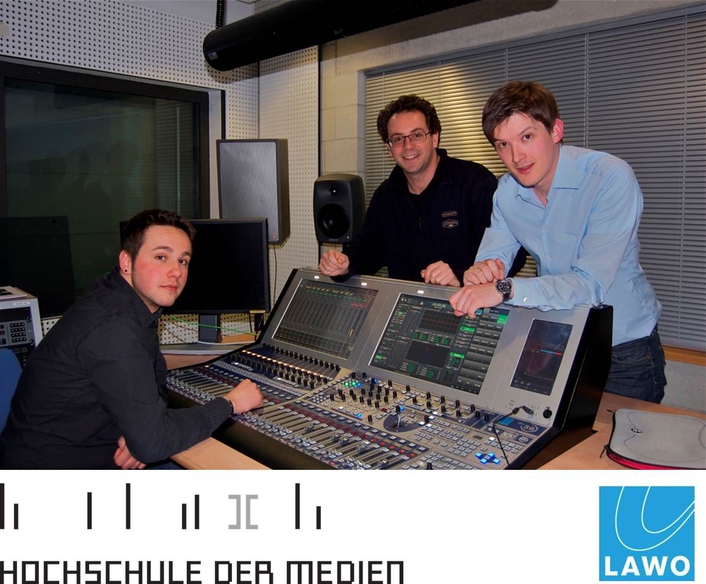 Now that HdM’s HD TV studio has been fully renovated, students at the university will have the opportunity to work with one of Lawo’s mc²56 consoles; another digital mixing console is already in use in HdM’s recording studio. “This addition will greatly benefit our potential in the area of television audio,” comments an excited Axel Hartz, professor of TV technology for HdM’s audio visual media program. Thanks to their new partner, there will also be improved possibilities to cross the bridge from theory to practical experience. “We believe that a university program centred around television media should be well founded and run as close to real world applications as possible. We are, of course, extremely lucky that the market leader in audio console manufacture is based in our area,” explains Hartz. In addition to training and demonstrations, Lawo has agreed to provide specialists for a ‘Television Production Studio’ seminar. “This presents a great opportunity for our students to observe and work with professionals,” concludes Hartz. 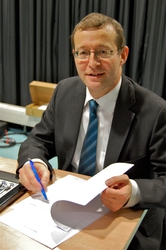 For over 30 years, television production has been an integral component in HdM’s audio visual media curriculum. In the past, students and instructors worked in film and video studios. Today, everything revolves around television’s HD future. 240 m² of studio area are available for the digital production of live broadcasts, magazine programmes, or concert recordings, while audio for film production is created in three digital recording studios.

Founded in 1970 as an electronics engineering company, Lawo now has 185 employees worldwide. From the analogue consoles of the 1970s to the development of a programmable audio console and then the first fully digital mixing consoles, the company has assumed a pioneering role time and again during the course of its history. Consoles from Rastatt are used by broadcasters and production companies around the world, including CTV in Toronto. Lawo also got in on the act at the 2008 Olympic Games in Beijing, and the 2010 Winter Games in Vancouver, as well as the 2010 Soccer World Cup in South Africa and the Asian Games (Asiad) in Guangzhou in November 2010.

Stuttgart Media University offers Bachelor and Master programs to prepare specialists and generalists for work in today’s world of media. A total of 21 study courses are offered, including printing, audio visual media, information systems, advertising, media administration and media production.A combination of a strong theoretical background and hands-on experience create an active learning program. Students learn to work together and solve complex problems involving a combination of technology, business and media content. The curriculum and its contents are regularly reviewed and adapted to keep up with current developments in the media. One semester of internship is required as an integral part of studies. Together with applied projects, it ensures the practical orientation of the course.An Institute of Applied Research coordinates research activities within several different disciplines, each with a different area of focus.The spectrum of professional media education at Stuttgart Media University is unique in Europe.