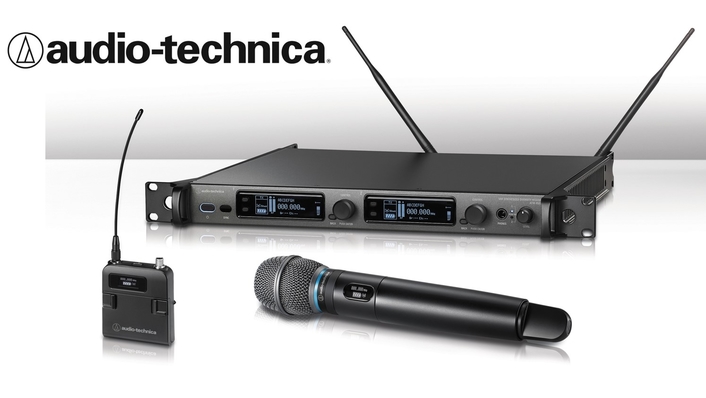 Audio-Technica, a leading innovator in transducer technology for over 50 years, is debuting the third generation of its 5000 Series Frequency-Agile True Diversity UHF Wireless Systems. Designed for use on professional tours, in stadiums, concert halls, festivals, houses of worship and other demanding audio environments, the Audio-Technica 5000 Series continues to provide incredible audio quality and proven, critically acclaimed performance for artists, broadcasters and presenters worldwide.

Other new features include an antenna cascade output that connects up to eight receivers so a single pair of antennas can feed up to 16 channels of wireless (these connectors also provide an RF cable check feature to aid in RF troubleshooting), an auto squelch feature that automatically adjusts the squelch setting to maximize operating range while minimizing potential interference, and a backup frequency that can be quickly swapped by pressing the transmitter’s multifunction button in the event of unexpected interference. Software enables remote monitoring and control of the wireless system.

5000 Series components and compatible accessories are offered as individual, à la carte products to give users the greatest possible flexibility in constructing a system that fits their needs.