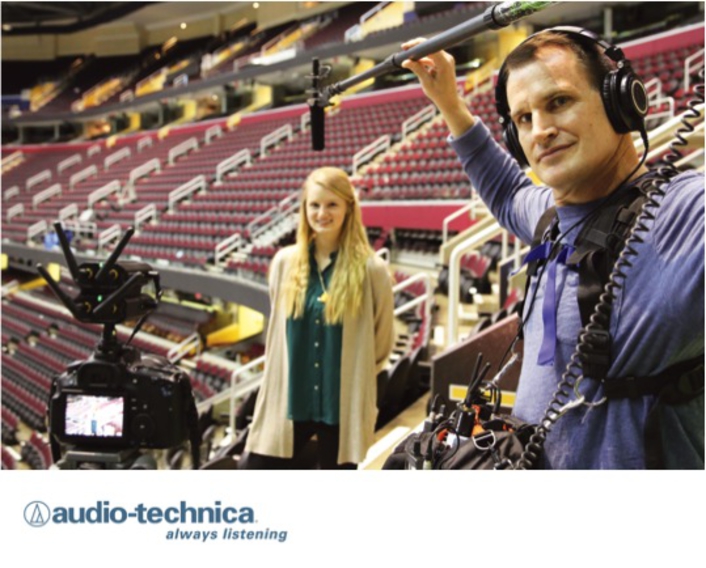 Noel Dannemiller has become a go-to location sound mixer for major sports networks, national advertising creatives and television production companies, regularly covering much of the Midwest from his home base in Akron, Ohio. One night he might be capturing post-game interviews courtside at a Cleveland Cavaliers game for ESPN, the next day he’s working on a Safelite® AutoGlass commercial being shot in Columbus, then back to Cleveland for a reality segment on the Steve Harvey Show. Wherever the work takes this ambitious freelancer and owner of broadcast audio consultancy Lock 18, Inc. – from Green County, Ohio, to Greenland itself – Dannemiller is sure to take Audio-Technica’s System 10 Camera-Mount Digital Wireless System along with him. On all of those projects and others, the System 10 has become what he calls “my Swiss Army knife for any audio requirement.” 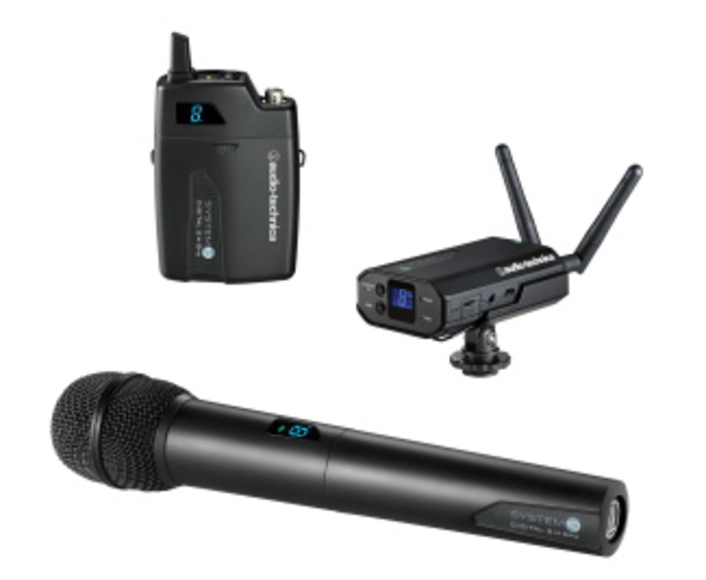 Dannemiller, whose sound has contributed to three seasons of the EMMY® Award-winning The Amazing Race, and who has mixed location sound for shows such as Animal Planet’s Ice Cold Gold, among many other productions, has found the A-T System 10 to be indispensible for reliable location sound capture. Recalling the sideline interviews he was hired by ESPN to get after a Cleveland Cavaliers game, he recalls how the System 10’s unique features and sturdy 2.4-GHz operation make it the core item in his audio bag.

“The NBA is a tricky environment in terms of RF,” he explains. “You never know what frequencies will pop up throughout the night. Being prepared for anything is crucial. I had been using the Audio-Technica System 10 wireless for a few months with great success, but up to that time I had never used it at a crowded [broadcast] event. In live sports, there are no second takes, and as the final seconds roll off the clock we are waiting to storm the floor and grab a player interview. I had the ATW-R1700 receiver using a balanced 1/8-inch-to-XLRM cable in the balanced setting at -20 dB, listening pre-fader to the System 10 channel, praying for clean audio. A split second later we were interviewing a player, and the System 10’s audio sounded great. I had a boom flown above as backup, but it wasn’t needed. When we reviewed the audio for uplink, it was still solid. It felt great knowing that this $400 system performed as well as a $3,000-per-channel system.”

Dannemiller knows that there is no shortage of skeptics about working with RF in the 2.4-GHz spectrum. “People say it’s unreliable, that there’s too much latency. But I know what I’ve experienced, and that’s that the System 10 has no issues in that range. It’s bulletproof. The System 10 works flawlessly every time.”

Then there are the features that are standard on the System 10 Camera-Mount system, such as the headphone output that lets camera operators hear what the audio is recording. “They’ll shoot better as a result, because they can see who’s doing the talking among a group of people in a shot,” Dannemiller says. “There’s so much right about the System 10. Audio-Technica got it right — again.”

With its compact and portable design, the System 10 Camera-Mount high-fidelity digital wireless system is ideally positioned to capture media on the go. Perfect for video production, electronic newsgathering (ENG) and every mobile application in between, the receiver features multiple mounting options to accommodate a variety of cameras and recording devices.

Like all of the products in the System 10 digital wireless family, the Camera Mount provides three levels of diversity assurance: frequency, time and space. Instantaneous channel selection, sync and setup make the Camera-Mount extremely easy to use, while its digital 24-bit/48 kHz wireless operation provides the ultimate in sound quality and dependable performance. Also, as the receiver operates in the 2.4 GHz range, it remains completely free from TV interference at all times. Available in handheld, lavalier and body-pack configurations, each System 10 Camera-Mount wireless system includes a camera shoe mount in addition to the receiver and transmitter.