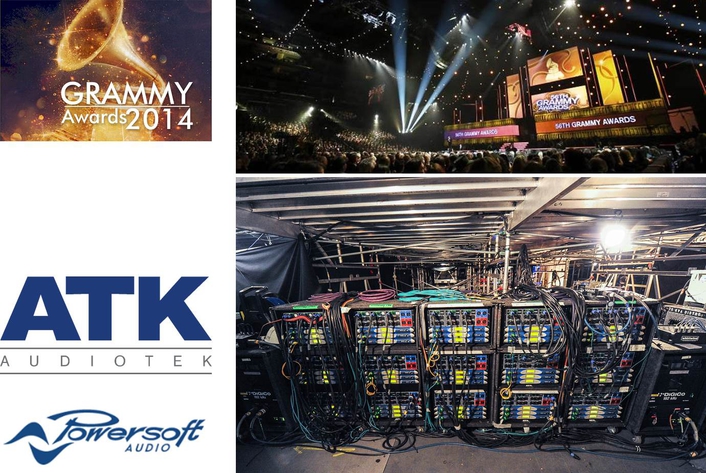 ATK first began evaluating its new subwoofer design on the audience PA during production of the most recent season of “The X Factor” television talent show in Los Angeles. Each cabinet incorporates an M-Force moving magnet linear motor with a 30-inch polypropylene cone and is driven by a single Powersoft K10 class D amplifier generating 9,000W. According to Scott Harmala, ATK Audiotek’s CTO and VP Engineering, as the company continues to develop the design, the next iteration will incorporate a specially developed Powersoft amplifier module capable of delivering 15,000W that has been designed specifically for integration with M-Force by Claudio Lastrucci, Powersoft’s head of R&D and co-founder. 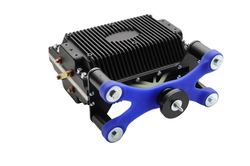 “The thing that was shocking to us was how it sounded, the quality of the low end and how tight it was. It’s the tightest sub bass we’ve ever heard,” reports Harmala. “I think that largely has to do with the fact that the motor is such an over-dampened design. There’s instant acceleration and de-acceleration. It sounds like nothing anybody has heard before.”

ATK has implemented M-Force in a short transmission line cabinet design, he elaborates. “The design does load the cone but it doesn’t have the characteristics of a bass reflex ported enclosure, where you have a fairly reactive port resonance.” While a conventional ported design can extend a cabinet’s usable range down by a half-octave and requires precisely tuned high-pass filtering, he says, this new subwoofer offers low frequency extension in excess of one octave. “We’ll probably set it for a low frequency cut off around 20 Hz. There’s not much content below that,” he says.

“Because the M-Force motor has so much travel and its cone has so much surface area, this design allows it to create a tremendous amount of SPL at very low frequencies and still be within its operating parameters,” he continues. “The motor’s strength is somewhere in the order of 50 to 60 times greater than even the best 18-inch driver on the market. At 25 Hz it has 8 dB more output than two of our double-18-inch subwoofer boxes.”

Unlike conventional loudspeakers, the magnetic field of M-Force’s genuine push-pull engine interacts in a linear fashion to provide a controlled force to the moving elements. The nature of the design means that, unlike conventional loudspeaker drivers where the voice coil can hit the back plate or jump out of the magnetic gap under extreme conditions, M-Force is self-limiting, says Harmala. “As the magnet moves back and forth in the magnetic field there’s a magnetic braking effect, so it can’t mechanically damage itself due to over-travel.”

The subwoofer project began when Harmala and business partner Michael McDonald, president of ATK, visited Powersoft’s facility in Italy. “They revealed to us some of their research and secret projects—one of which was the M-Force driver. We started talking about how we could utilize it as a development piece. We were really interested in gauging the true real world performance. Does it sound good? Will top mixers enjoy mixing with it? So we got involved with Mario Di Cola and he started working with me on a prototype box for proof of concept and in order to qualify its performance envelope. The current test box is the result of that collaboration.”

The next step is to finalize the cabinet configuration so that it can be easily flown and arrayed, and can be more efficiently packed into a truck. “Currently the box is unpowered. We’ll be receiving some power modules to test with it before we engage in designing a production box,” says Harmala. “But all-in-all the performance should be similar to our test design.”

Once the production package is complete, he says, “I could see us using it as our premier sub bass with any PA system. The secondary reason to use it is for low frequency effects. We do a lot of movie premieres and other events where they want a lot of low frequency information. This would be the champion of all the alternatives that we could use.”