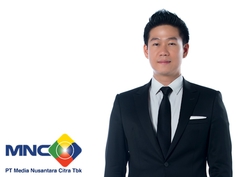 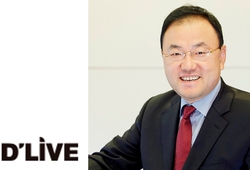 At a separate session, Yong-Ju Jeon, Chief Executive Officer of D’Live and iHQ (South Korea) will share his vision for creating value in the world of the digital disruption.
D’Live is one of South Korea’s largest multiple system operators. With the highest rate of digitisation amongst its peers within the country’s cable television sector, the multimedia company is well-regarded as an industry leader in adopting new technologies.
Under Mr Jeon’s leadership, D’Live grew to become one of South Korea’s largest cable TV service providers, while iHQ established itself as one of the country’s top talent agencies. Both entities have also attracted the attention of large international entertainment businesses. Earlier this year, D’Live beat other major pay TV operators to secure an exclusive licensing deal with Netflix in South Korea. Separately, iHQ is expected to receive US$15 million of investment from A&E Television Networks LLC, a subsidiary of Walt Disney Company – a move that will pave the way for the South Korean company to enter the global entertainment content market.
Speaking on Asia’s new kids’ content landscape at Junior@ATF, Seung-Hyun Oh, Chief Creative Officer of MNC Animation (Indonesia) has over two decades of experience in the ever-evolving animation industry. 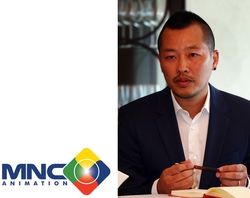 Speaking on Asia’s new kids’ content landscape at Junior@ATF, Seung-Hyun Oh, Chief Creative Officer of MNC Animation (Indonesia) has over two decades of experience in the ever-evolving animation industry.
Prior to his appointment at MNC Animation, Mr Oh held a myriad of positions including supervising director, director and artist at well-known studios such as Cartoon Network, Disney, Nickelodeon and Warner Brothers – in addition to others in Korea and Japan. During his tenure at these studios, he worked on numerous animation projects well-recognised in the industry. Amongst them are “Avatar: The Last Airbender” (Season 3), “Fire Breather”, “Generator Rex”, “Macross Zero”, “Tinker Bell” films, “Tron Uprising” and “Wonderful Days”.
In end 2014, Mr Oh was brought on to helm MNC Group’s aggressive investment in expanding its animation arm. In continuing efforts to bring its content overseas, MNC Animation recently signed a memorandum of understanding with the Korea Creative Content Agency, covering the fields of animation, music, and entertainment programmes.

New Market Focus sessions to whet appetite for greater market penetration With 60% of the world’s population residing in Asia, the continent boasts a dynamic mix of highlydeveloped television markets and others with untapped potential. China remains attractive, with recent statistics showing that Asia-Pacific’s top three operators, all of which are in China, will account for onethird of the region’s pay TV subscription growth between now and 20211. Amongst Asian markets with immense potential is Indochina – comprising Cambodia, Laos, Myanmar and Vietnam (CLMV) – whose gross domestic product growth is expected to outpace the whole of Asia in the years to come2. Similarly, strong economic development in Southeast Asia has spread wealth; leading to market research firm Nielsen’s forecast that the middle-class population will more than double to 400 million by 20203.

On the back of such an awakening, ATF will – for the first time – place a spotlight on China, Indochina and Southeast Asia, three territories not to be ignored.
Key players within China’s entertainment content industry will provide insights at two sessions held on 8 December 2016. At “Navigating China: What You Always Wanted to Know”, new regulations will be decoded and trade secrets unveiled by well-established panellists:
● Wang Yi, Co-Founder, Media Caravan (China)
● Michel Rodrigue, Founder & CEO, The Format People (USA)
● Yuan Li, CCO, IPCN (China)

About Asia TV Forum & Market (ATF)
2016 Asia TV Forum & Market – this region’s leading entertainment content event, is the platform of calibre to acquire knowledge, network, buy, sell, finance, distribute and co-produce across all platforms. It is the premier stage in Asia to engage with the entertainment industry’s top players from around the world. It’s where the best minds meet and the future of Asia’s content is shaped.
ATF also offers the opportunity to discover vital trends, crucial statistics and significant foresight in TV’s digital, kids and formats arena. Its business match-making opportunities give the prospect to encounter some of the best new offerings in the region. With over 5,000 international buyers and sellers from more than 60 countries, ATF presents valuable business prospects for top of the line benefits.