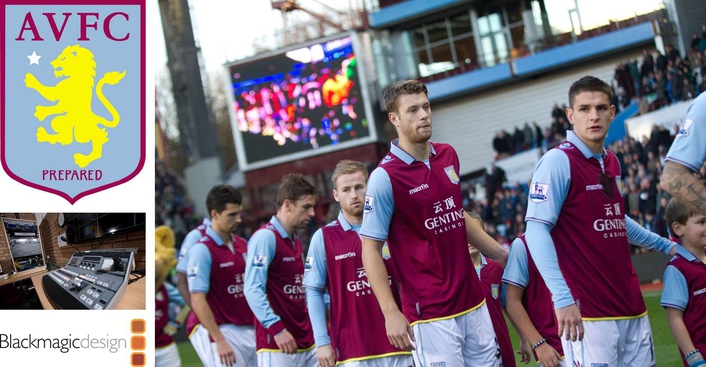 Replacing the club’s analog tape workflow, which was rented on a match-by-match basis, has allowed Aston Villa’s multimedia team, led by Nick Finney, to make significant cost savings while also giving them complete control of the production process.

Content is a mixture of prepared material including player interviews, sponsor messages and goal compilations along with pre-match build-up from pitch side and live match footage, which goes out on two large LED screens at either end of Villa Park, the club’s stadium and hospitality and shopping center. In addition, the multimedia team also has an IPTV channel which is broadcast across 300 television screens on around the concourse and hospitality areas.

Match day footage is an edited feed supplied by broadcasters including Sky and the BBC via SDI, while the multimedia team also has its own mobile SDI camera used for capturing match build-up pitch side. Both HD SDI feeds are captured using an ATEM Camera Converter and fed back to Aston Villa’s OB pod into two ATEM Studio Converters.

The club has also installed a Blackmagic Design Smart Videohub along with a new fibre optic backbone to handle video distribution around the stadium. A mixture of live footage, keyed graphics and VT are then fed into the ATEM 2 M/E Production Switcher, which the multimedia team then package up and output over two channels from the ATEM 2 M/E; one with an ATEM 1 M/E Broadcast Panel, while the other is using the ATEM’s software panel control on a Macbook.

“The solution we’ve built is Blackmagic Design end-to-end. Not only has it meant we can centralize all of our live content into the one place, but it has also given us much more flexibility when it comes to getting material up later. Something that wouldn’t have possible when using tape,” said Nick Finney, Multimedia Operations Manager for Aston Villa Football Club. “Using the ATEM gear on a match day, we have found it to be both intuitive and reliable. Keying is good, very easy, and the fact we have two completely independent channels that we can control separately has meant we have been able to cut down our costs while making our workflow much smoother.”

Finney adds: “I am really proud of what we have already achieved in such a short time frame. The match day experience at home is much slicker now, and we are able to provide more for the fans enjoyment during a game such as live scores, match stats and even twitter feeds using the #AVFCLIVE hashtag.” 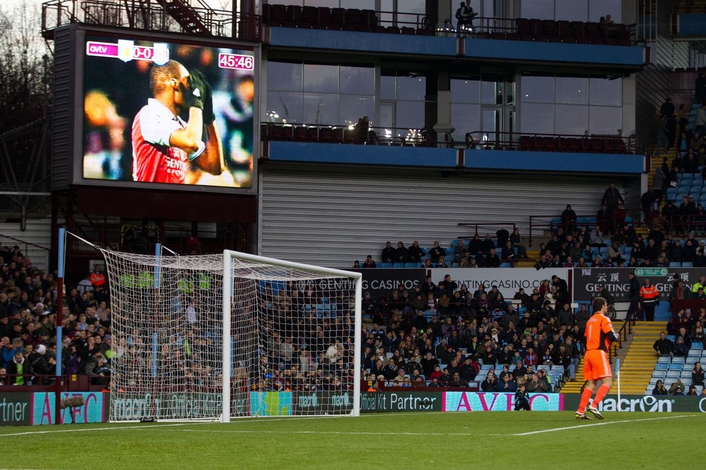