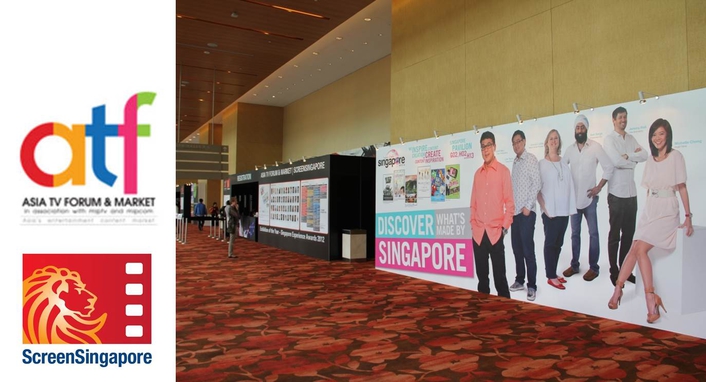 WHERE TV’S AT
Television content in Asia remains dynamic, with today’s transformative technology and the viewers’ desire for interaction driving innovation and creativity. Understanding this, ATF has come up with a line-up that reflects the evolution that TV content is undergoing. From a session providing an overview with David McGregor, Managing Partner, Technology, Media & Entertainment, Telecommunications (TMT), Ernst & Young (Australia) to one showcasing Asia’s version of ad-supported on-demand video streaming featuring Tommy Lee, Head of Business Content Module, SK Planet (South Korea) to workshops and master classes with the best in the industry, delegates will find their appetite for information on developments in the industry whetted.

Some highlights will include a panel on the booming formats community in Asia. In addition to Vivian Yin, Chief Representative & Deputy General Manager, Star China International Media Ltd (China), Mike Beale, Director of International Formats, ITV Studios (UK) will also be sharing the latest on formats news and what they think will be the Next Big Format. “We have a number of ITV Studios’ international hit formats in production in Asia. The ATF conference gives us the opportunity to discuss our entertainment and factual entertainment formats that have seen global success and can also appeal to Asian audiences”, said Mr Beale.

Hear too from some of Asia’s most desirable buyers. With the changes in programming expected in China, Beryl Yan, Head of Programme Strategy Department, Hunan Satellite TV (China) and Summer Zheng, Director of Formats, Zhejiang Satellite TV (China) will join Shenthil Ranie, Content Acquisition Manager Entertainment, Samsung South East Asia (South Korea) and Lee Soo Hui, Head of Media Business Unit, Starhub (Singapore) to consider what the implications are. According to Ms Yan, “Fast social development makes the Chinese market a unique one. Localisation is extremely important to a format success in China, to which the key would be the combination of international production support and Chinese wisdom in the creative process. Real cross-media formats are gaining increasing attention and Hunan TV is ready to take a first bite.” 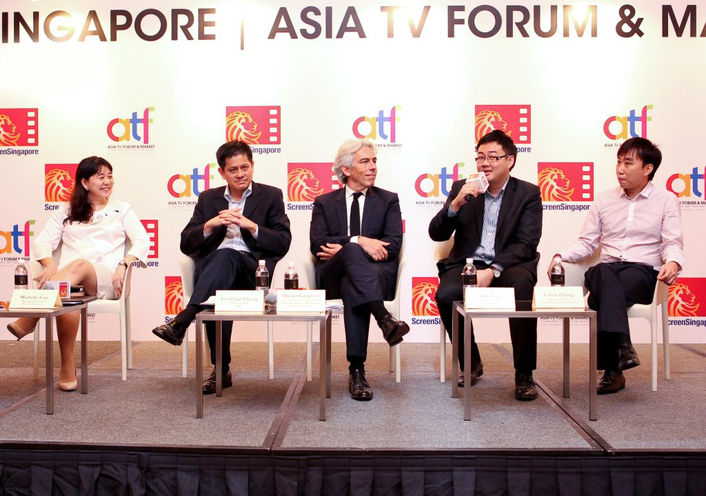 And some of the top documentary commissioners in the region will also be sharing a panel to discuss their acquisition plans and their expectations from production companies. Maggie Rhodes, Director of Acquisitions & Co-Productions, National Geographic Channels International (UK) shares, “National Geographic Channel is excited to participate for the first time in this year’s ATF conference. The strength and breadth of content being produced in Asia is first class and we look forward to collaborating with the region’s best production minds to generate insightful shows with captivating characters and compelling storylines that appeal to audiences around the world.”

New to Asia TV Forum & Market (ATF) this year is MIPAcademy Singapore.
This initiative is produced by Reed MIDEM (organiser of MIPTV & MIPCOM) and Reed Exhibitions Singapore, in collaboration with The Entertainment Master Class, and offers a full-day suite of master classes held as part of the ATF conference slate. It is scheduled on the last day of the conference, 6th December 2013.

LOCAL ROOTS, GLOBAL REACH
In the rapidly changing world of entertainment, it is important for those in the business to stay on top of the evolution. MIPAcademy aims to equip participating TV producers and executives with creative tools and essential strategic know-how. Attendees will learn directly from a roster of international industry experts, such as Virginia Mouseler, CEO, The WIT, Michel Rodrigue, CEO, The Format People, Ann Christin Siljan, Director International Sales, Nordic World, Beryl Yan, Head of Programme Strategy Department, Hunan Satellite TV, Na Young Suk, CJ Entertainment tvN – all leading practitioners in the fields of non-scripted formats and factual programming. The structured curriculum consists of a combination of presentations, case studies and roundtables, covering a spectrum of topics from concept creation to pitching and selling to brand building, global distribution and rights protection.

“The MIPAcademy offers a brilliant opportunity to come and listen, question and challenge some of the TV industry's major figures. It’s informative but informal and, deliberately, very interactive. In the rapidly changing media maelstrom, our speakers are there to start a meaningful dialogue rather than to simply tell you how it is”, said Ben Hall, Managing Director, Chalkboard TV, who will be leading a session on The Art of Pitching.

Specific to MIPAcademy Singapore will be the focus on Asia. Sharing their success stories will be Beryl Yan, who brought more than 30 international formats to the Chinese market and Na Young Suk, who created Korea's most successful show of 2013, “Grandpas over Flowers”. In addition, the event will welcome Larry Namer, President/CEO, Metan Development Group, who will share his views on how to navigate the global business of show business. “China’s media business is evolving at a rapid rate, and has become the market to watch. MIPAcademy has recognised this, and I’m delighted to be invited to take part in this inaugural event. I look forward to sharing my experiences and insights about the China market this December in Singapore”, said Mr Namer.

“Throughout its 50-year history, MIPTV has understood the importance of providing the entertainment industry with access to visionary speakers. The speed with which the entertainment sector is evolving, particularly in Asia, makes this kind of market knowledge even more valuable. By bringing MIPAcademy to ATF, we underline our commitment to servicing the international television community in Asia and beyond”, said Jerome Delhaye, Director, Entertainment Division, Reed MIDEM. 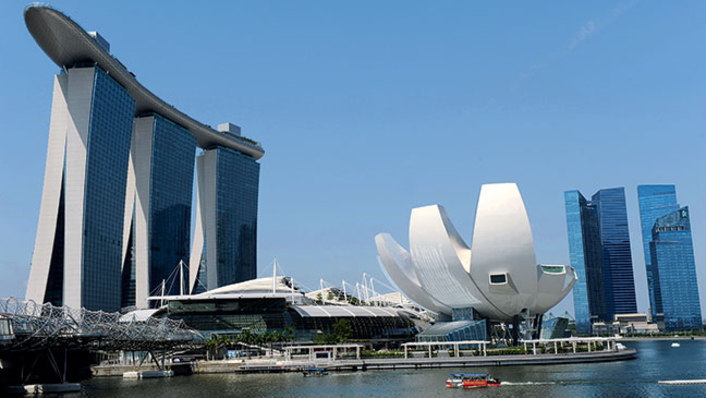 Michelle Lim, Managing Director, Reed Exhibitions Singapore added, “Asia has shown its capacity to be original and innovative and we are very pleased to add MIPAcademy to the ATF calendar. I’m confident that producers and other TV executives attending MIPAcademy will be further inspired and enriched by the experience and I’m excited by the possibilities of having the crème de la crème of the industry sharing and exchanging ideas.”
Inspired by feedback from ATF participants, MIPAcademy will provide a platform for television executives who are looking to create the next big hit in Asia, and with its launch, ATF will continue to prove to be the leading entertainment content market in Asia, constantly evolving and improving by listening to the needs of its participants.

SPOTLIGHT ON THE ASIAN FILM INDUSTRY
Sitting side by side with ATF is its sister show focussing on films, ScreenSingapore 2013. It too will have a strong conference line-up. There will be panels on a range of topics, including one on film financing in the burgeoning South East Asia region. Investors and financiers from North Asia – Shinjiro Nishimura, Producer, Nikkatsu (Japan) and Choi Yeonu, Vice President, International Film Financing and Production, CJ Entertainment (South Korea) – will both be on hand to speak about their respective plans for South East Asia. “The world, now being connected into a single culture, asks for new contents that may satisfy the palate of a wide audience. That is why we seek for solutions in co-production”, said Ms Choi.

There will also be sessions with film personalities Anthony Chen, Director of Ilo Ilo, Winner of the Camera d’Or at Cannes earlier this year, and Shekhar Kapur, well-known director of the Oscar-winning film, Elizabeth, as well as a Village Roadshow Entertainment Group Asia-sponsored programme on the morning of 5th December. “Making Films in China for the China Market and Beyond” is a dialogue among film industry professionals and will cover topics such as project selection and script development; financing and production management; and marketing and distribution. Its aim is to encourage an interactive discussion among the panellists and the audience, and should prove to be a highlight in the ScreenSingapore 2013 programme.

Produced by Reed Exhibitions and set to take place at Marina Bay Sands Expo and Convention Centre in Singapore, ATF and ScreenSingapore have their finger on the pulse of the TV and film industries and promise to deliver yet another commanding conference.