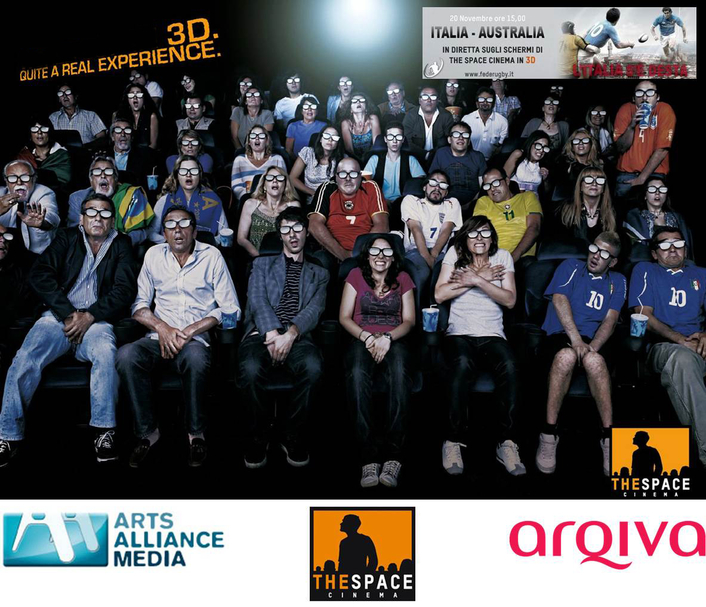 Barrie Woolston, Commercial Director at Arqiva Broadcast & Media, said: “We are very excited to be extending our Digital Cinema network into Italy – our ninth European territory. The Space is one of the country’s largest exhibitors and their decision to deploy our professional satellite receivers, alongside Arts Alliance Media’s Theatre Management System, is a strong testament to the value of our satellite based electronic delivery system. After a phased roll out each cinema will be able to electronically receive DCPs and live content via our IS905 platform. This deployment, across the Space circuit, adds still more momentum to the roll out of our Digital Cinema Satellite Distribution System across Europe.”

In some of “The Space” cinemas the rugby match Italy – Australia will be screened in 3D on 20 November.