Calrec Audio is continuing its momentum in the European broadcast market with a sale in Croatia — an Artemis Light console for Gama Studio's brand-new OB van. The Artemis Light brings powerful levels of flexibility and digital signal processing capabilities to the new truck, which will greatly expand Gama Studio's ability to broadcast live sports and entertainment events of all types and sizes.

"We wanted only the highest-quality systems for our new van, and Calrec has a tremendous reputation for top-of-its-class audio consoles," said Davor Omerza, sound engineer, Gama Studio. "There are so many selling points for the Artemis Light: the integrated audio router, all-optical connections to stage boxes, redundancy, and support for many audio formats including AES/EBU, Dante, and MADI. Calrec and Artemis made our choice an easy one." 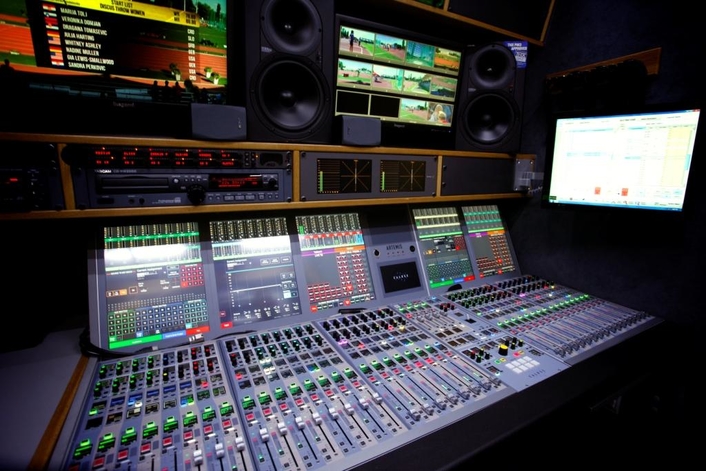 Gama Studio is known for broad range and bespoke production capabilities on a wide variety of live televised events, including the past four seasons of Kontinental Hockey League, two seasons of Euroleague basketball, and this year's UEFA European Championship football tournament and FIBA Basketball World Cup. The new 40-fader Artemis Light anchors audio mixing aboard Gama Studio's new double-expanding, 16-camera HD OB truck, already billed as one of the most advanced in the Croatian broadcast market. As Gama Studio's largest truck, the new van will enable the company to expand its marquee sports coverage to events such as the Pannonian Challenge, an extreme BMX bike/skate event, as well as new types of productions such as the reality program "Stars Under Hypnosis."

"For more than 30 years, Gama Studio has served as Croatia's foremost provider of live production equipment and solutions," said Mike Reddick, international sales manager for Calrec Audio. "By choosing Artemis for its new truck, Gama Studio is bringing on one of the industry's most popular and reliable audio workhorses. It's a pleasure to be teaming up with Gama Studio as we continue our inroads into the rapidly growing eastern European marketplace."