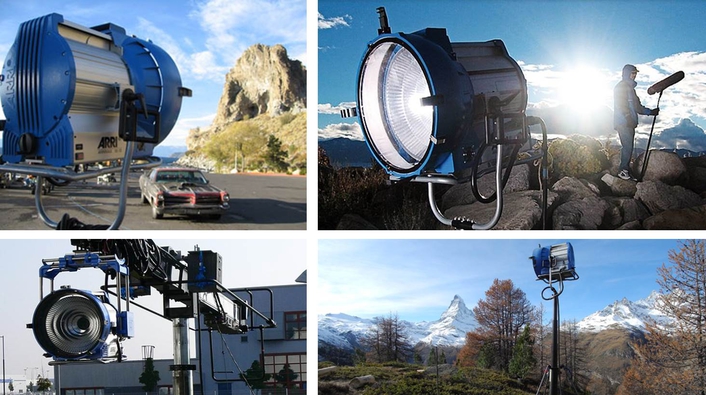 In February 2014 ARRI has shipped the 1000th ARRIMAX 18 kW HMI lamphead manufactured at its lighting facility in Stephanskirchen
The ARRIMAX 18/12 was introduced in 2005 as the most powerful HMI on the planet, capable of being used with either 18 kW or 12 kW bulbs. Since then it has become a firm favorite of top international gaffers and cinematographers, and is relied upon all over the world by productions requiring maximum light output and rugged build quality. Its 580 mm (22.83”) diameter, parabolic facetted reflector provides continuous focus adjustment of the beam angle from 15° to 50° and, since the ARRIMAX does not need spread lenses, shadows are sharp and easily cut.

In 2009 the designers of the ARRIMAX were honored with a Scientific and Engineering Award from the Academy of Motion Picture Arts and Sciences (AMPAS), in recognition of the lamphead’s revolutionary lensless optical system and innovative cooling concept. Although this was the first such award for ARRI’s lighting division, it was the 15th for the company. To date, AMPAS has recognized ARRI engineers and their technical contributions with 18 Scientific and Engineering Awards.

As a result of consistent market demand for the ARRIMAX and its unrivalled light output over the last decade, ARRI reached the milestone in February 2014 of manufacturing the 1000th ARRIMAX unit. Like all of the ARRIMAX units before it, it was assembled by highly trained technicians at ARRI’s state-of-the-art lighting production facility in Stephanskirchen, and went through exhaustive testing procedures to guarantee the highest possible quality and durability over a lifetime of use. The 1000th ARRIMAX is now on its way to a customer in Spain, who will only realize the landmark numerical significance of their order upon opening the box to find a letter and special certificate. 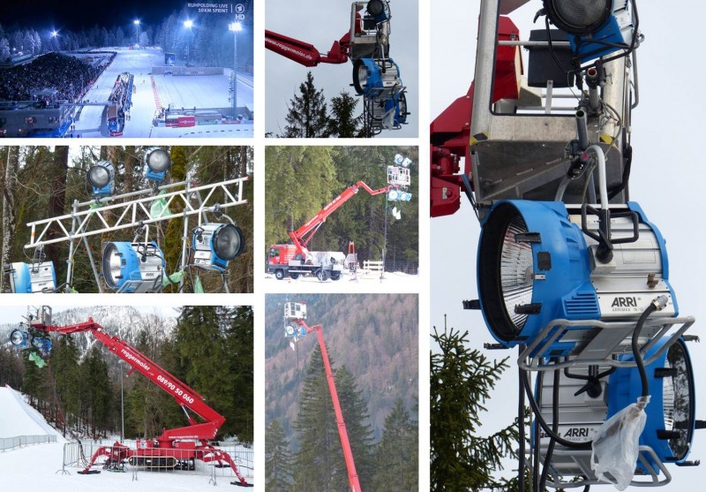 The success of the MAX Technology reflector design introduced with the ARRIMAX was so profound that it was soon put to use in a number of other lighting fixtures, and from one light was born a family of lights. First came the M18, which introduced a new power 2 class of 1800 W and redefined on-set workflows simply by making lighting easier; its success generated demand for the same technology to be applied to traditional power classes. This led to the release of the M40 and M90, establishing a line of daylight HMIs known as the M-Series, marketed under the claim More Light, Less Work. The most recent addition to the MAX Technology family is the M8, the smallest fixture in the MSeries, rounding out this versatile range of lensless, focusable lampheads that unify the advantages of a PAR and a Fresnel, while providing maximum light output.

ARRI Lighting
ARRI’s extensive range of lighting products offers an abundance of creative lighting solutions. ARRI lights are put to use across the world on feature film and TV productions, in TV studios, at major events, in theaters and for industrial applications. Incorporating more than 95 years of manufacturing tradition in Southern Germany, ARRI products are renowned for their quality and reliability. Since 1953 the luminaire production facility has been located in Stephanskirchen (Rosenheim), offering a total of 6,000 square meters of manufacturing floor space. Based on the variety of 200 active products, up to 50,000 lampheads are assembled and shipped every year.