Arqiva to Deliver ABS-CBN Bouquets Throughout Europe and the US 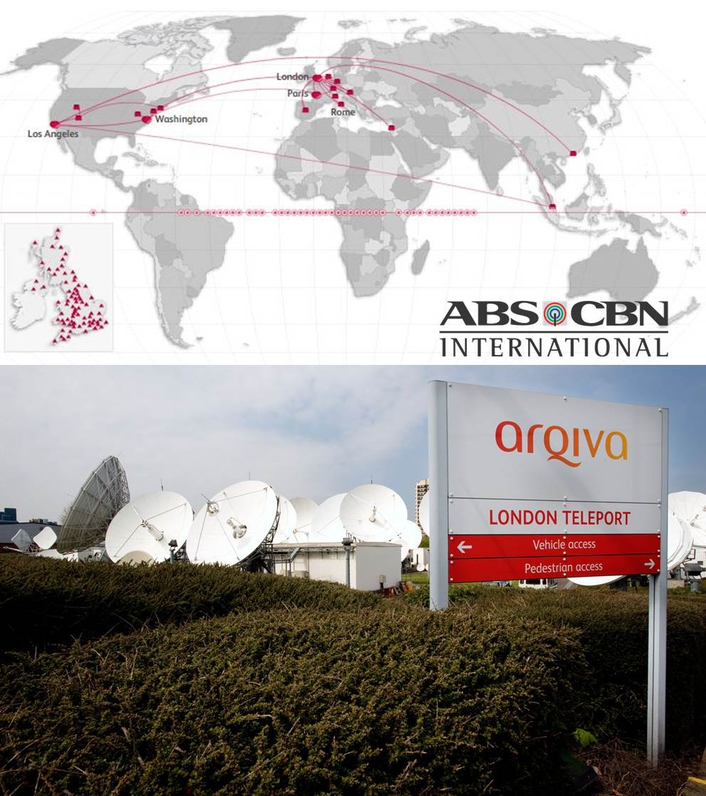 • Philippine multimedia company renews Arqiva’s contract for distribution to European and US DTH markets
Arqiva has secured a five-year contract renewal to provide international distribution services for ABS-CBN International, the largest Filipino multimedia company in the US. The multi-continent deal involves delivering ABS-CBN's eight-channel bouquet to DTH platforms in Europe and their North American programming to US DTH operator DIRECTV.

“We have been transmitting ABS-CBN’s European bouquet since 2005 and their DIRECTV bouquet since 2006. With this new contract, ABS-CBN continues to entrust us to seamlessly deliver their content into two major international markets,” said Jon Kirchner, EVP, Arqiva Broadcast & Media. “With our global infrastructure, Arqiva is able to distribute content onto any platform, anywhere in the world, simplifying the distribution solution for ABS-CBN and other international broadcasters.”

"ABS-CBN’s mission is to reach and serve Filipinos worldwide. This requires the formation of an international distribution with a very extensive and complex network, one that integrates services from a lot of suppliers. We renewed our contract with Arqiva for our European and Middle East distribution due to the proven scope and strength of their infrastructure in this part of the world,” said ABS-CBN Global Ltd COO Raffy Lopez.

ABS-CBN International was created over 15 years ago to be of service to all Filipinos. With the launch of The Filipino Channel (TFC), the company became the first and most successful Filipino broadcaster in the US. The company offers telecommunication, retail, theatricals, money remittance and cargo services, online audio and video streaming, IPTV, along with philanthropic support for Filipinos and the communities they now call home. Based in Redwood City, Calif., ABS-CBN International is a wholly-owned subsidiary of ABS-CBN Corporation, the Philippines’ largest multimedia company.