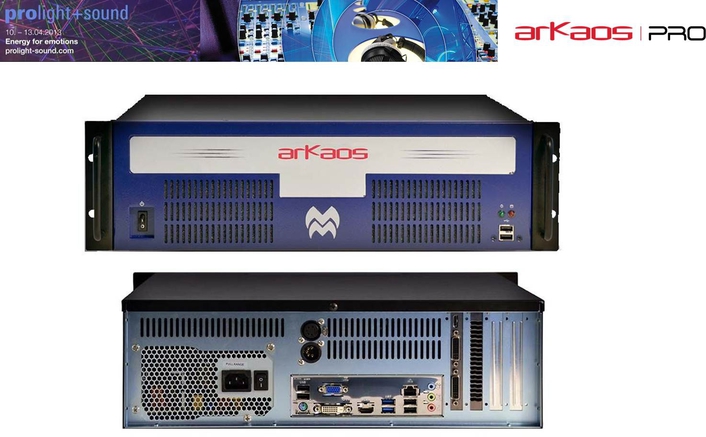 ArKaos Pro has been formed specifically to serve the large-scale, professional level show and lighting projects which now dominate much of the ArKaos client base. The new division will operate alongside the existing ArKaos organization.

“We have formed Arkaos Pro in acknowledgement of how ArKaos has grown and developed since its start,” says business development manager, Agnes ojewoda.“ArKaos products have evolved into far more sophisticated solutions over the past years as our software has continued to stretch boundaries and our client base diversified.”

“ArKaos Pro will dedicate its time and expertise to the professional lighting market which has expanded exponentially for us in the last few years and now demands greater attention, energy and more dedicated support than ever before.”

The announcement of the new division coincide with the release of the new ArKaos Stadium Server which features 6+1 EDID managed full HD outputs and is shown for the first time at Prolight & Sound.

“We have decided that the time was right to make this distinction as the arrival of the new server marks a significant step forward in our professional product range and the international standing of Prolight & Sound provides the ideal springboard from which to make this announcement.”

In addition, ArKaos Pro is launching the first major revision of its Video Mapper. Amongst other improvements, this new version adds a new circle primitive, more control on the cropping area, a new and elegant way of combining multiple outputs with soft edge and a first support for DMX control of surfaces and cropping.

The official launch of ArKaos Pro, the new ArKaos Stadium Server and the Video Mapper version 2 will take place on Thursday 11 April at 11am on the LMP stand Hall 11.00 Stand B60