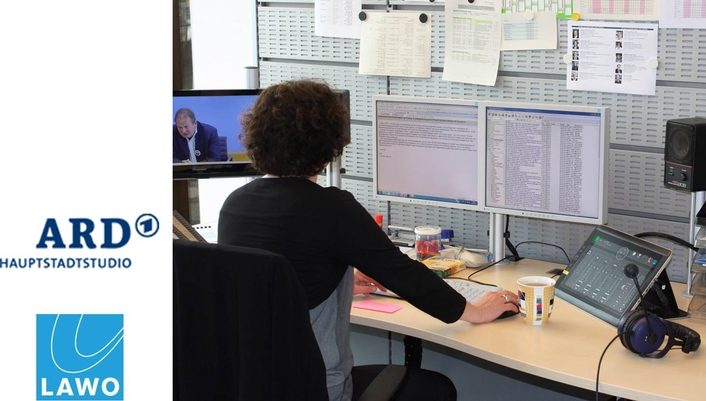 .
After completing an extensive technical modernization program in January 2015, ARD Capital Studio Berlin (Hauptstadtstudio Berlin, part of the ARD Union of German Broadcasters) is operating advanced editorial workplaces based around a software-driven RAVENNA IP network. The new Lawo equipped workplaces use touchscreens to access the cutting and retrieval systems that serve all editorial functions, and provide automated workflows for interviews and review work. The new integrated video and software solution also brings space savings, since there is no longer a requirement for hardware mixers.

The expanding scope of the broadcaster’s work prompted a complete redesign of the editorial workplaces. The team responsible for this renewal considered the commercially available technical options, and decided to replace its existing mixers with more modern consoles that are better suited to its present needs. The studio found the best solution at Lawo, using a crystal console setup that can be configured as editorial desk. 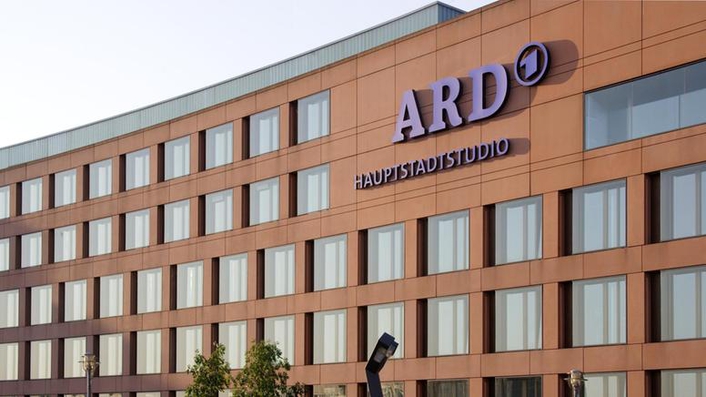 An in-house survey of editors had showed that they wanted simplified workflows and greater ease of use, and clarity for concentrated work in their new roles. The resultant discussions took the team to a software solution from Lawo, which only existed as an idea at the time. But the vision for this solution persuaded both parties to implement it.

As a result of the modernization, every workplace at ARD Capital Studio Berlin is equipped with a workstation running Lawo’s JADE editing software with two screens for visualization. Each workstation is connected to a crystal console base unit, which serves as the platform for a tablet computer running Lawo’s VisTool software (whose touchscreen operation is modeled on a mixing console). An Ember+ interface provides control of the JADE software, which makes the tablet computers the central switching station and the workstation function as the routing center. The crystal base provides audio I/O breakout and microphone integration, as well as supporting loudspeaker and headphone monitoring and other peripheral connections. Source selection is managed via the IP network.

Based on these components, the new editorial workplaces provide a lean and automated workflow with clearly laid-out operation. It also allows the workplaces to be highly customized for individual operators’ requirements. This meets all of the requirements of different editors, as well as the operational philosophies of regional broadcasters. 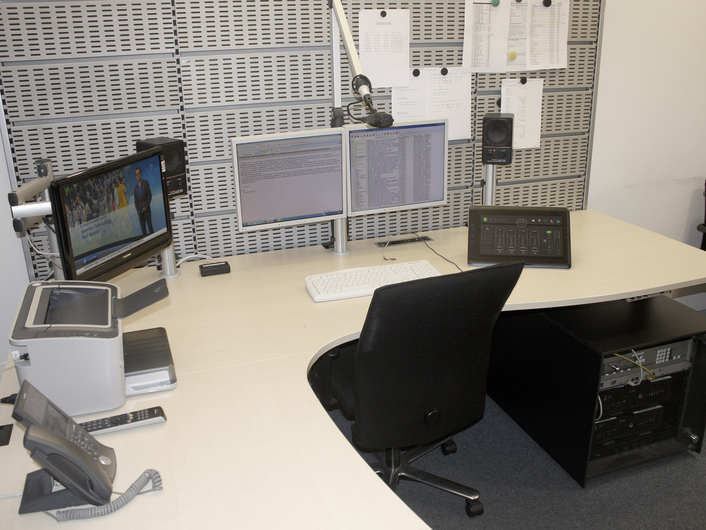