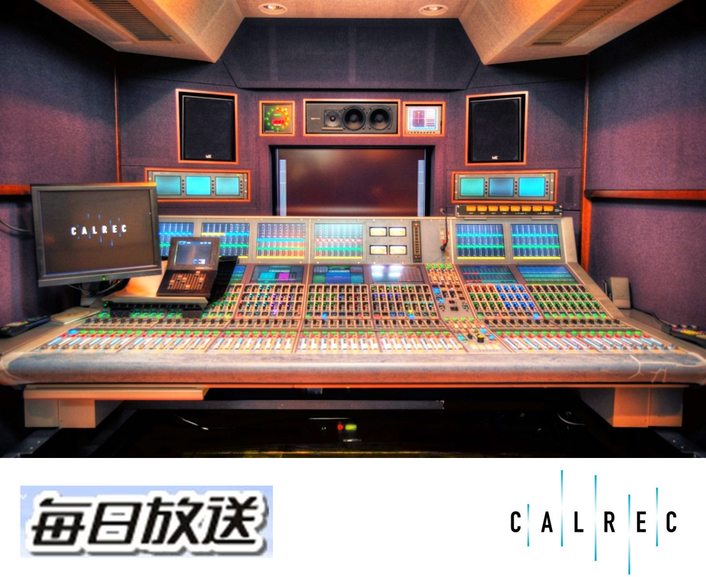 Japan’s MBS Purchases World’s First Calrec Apollo For Outside Broadcast
Japan’s radio and TV group MBS was the first broadcaster worldwide to install a Calrec Apollo desk in an outside broadcast vehicle — specifically in the company’s recently refurbished audio Outside Broadcast truck. The new desk has been on air since March this year, covering transmissions from sports and musical events.

Japanese broadcaster MBS purchased the world’s first Calrec Apollo desk for outside broadcast use in February 2010, and it has now provided six months of uninterrupted service in MBS’s recently refurbished radio truck.

The 56-fader Apollo console, which replaced an older Studer desk, was ordered as part of a refit of MBS’s audio OB vehicle, carried out by MBS with an eye on future-proofing the vehicle for surround sound transmission.

According to MBS, the company has used Calrec Alpha consoles in the past, but became seriously interested in the Apollo after it was launched last year, feeling that the newer desk’s user-friendly touchscreen interface, easy-to-use surround features and down-mix functions, and future-proof, expandable I/O facilities were just what their rebuilt radio vehicle needed.

“Apollo offered the same high degree of reliability as the Alpha, but with these new features MBS had been wanting that are relevant to a surround broadcaster, like the dedicated Spill faders,” comments Makoto Sugimoto, Audio Engineer, Mainichi Broadcasting System, Inc. “And the touchscreen user interface is so visual, it makes live working with the Apollo a very stress-free experience.”

The Apollo is due to be used up to 100 days a year, with eighty percent of this work on live transmissions from musical concerts and sports fixtures, including baseball, golf, tennis and soccer matches.