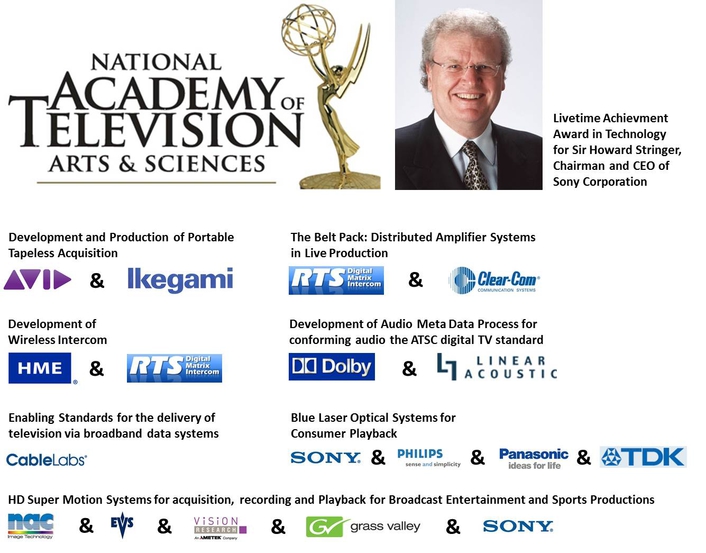 Academy Honoring Sir Howard Stringer with Technology & Engineering Lifetime Achievement Award
The National Academy of Television Arts & Sciences (NATAS) announced the recipients of the 62nd Annual Technology & Engineering Emmy® Awards that will take place on Thursday, January 6th, 2011 as part of the 2011 International Consumer Electronics Show (CES) in Las Vegas. This event marks the fifth consecutive year that the Technology and Engineering Emmy® Awards have been presented in conjunction with CES. The presentation will take place in the Marcello Ballroom at The Venetian beginning at 6:30 p.m.

Launched in 1948, The Technology and Engineering Emmy® Awards honor development and innovation in broadcast technology and recognize companies, organizations and individuals for breakthroughs in technology that have a significant effect on television engineering.

The National Academy’s prestigious Lifetime Achievement Award in Technology and Engineering will be presented to Sir Howard Stringer, Chairman and CEO of Sony Corporation. Sir Howard Stringer is one of the most powerful and respected executives in the Communications industry. Since joining Sony Corporation, he has proven to be an innovative leader, spearheading the adoption of the Blu-ray format while leading the company’s high-profile expansion into digital broadcasting, the Internet and computer technology, including 3D TV. 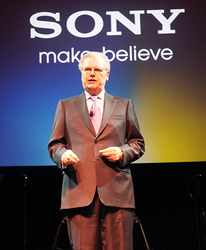 Sir Howard Stringer began his 30-year career at CBS in the 70’s where he served variously as journalist, producer, director, writer, senior executive and ultimately as President. As President of CBS, he was responsible for all of its entertainment, news, sports, radio and television station broadcasts, orchestrating the miraculous turnaround of the network from last place to first. After leaving CBS, Inc., Sir Howard was Chairman and CEO of TELE-TV, the media and technology company formed by Bell Atlantic, NYNEX and Pacific Telesis that led to the 1997 merger of Bell Atlantic and Nynex now known as Verizon Communications, Inc.

The individuals and companies that will be honored at the event

5. Enabling Standards for the delivery of television via broadband data systems
- CableLabs

About The National Academy of Television Arts & Sciences

The National Academy of Television Arts & Sciences (NATAS) is a professional service organization dedicated to the advancement of the arts and sciences of television and the promotion of creative leadership for artistic, educational and technical achievements within the television industry. It recognizes excellence in television with the coveted Emmy® Award for News & Documentary, Sports, Daytime Entertainment, Daytime Creative Arts & Entertainment, Public & Community Service, Technology & Engineering, and Business & Financial Reporting. Regional Emmy® Awards are given in 19 regions across the United States. NATAS also presents the Global Media Awards™ which recognizes excellence in the world-wide intersection of digital entertainment and technology. Beyond awards, NATAS has extensive educational programs including National Student Television and its Student Award for Excellence for outstanding journalistic work by high school students, as well as scholarships, publications, and major activities for both industry professionals and the viewing public.