The Stone siblings, hailing from Australia, delivered a powerful and emotive set that, when paired with Hoggarth's intense imagining of Ed Warren's design, entranced an audience that at times fell so silent you could hear a pin drop. 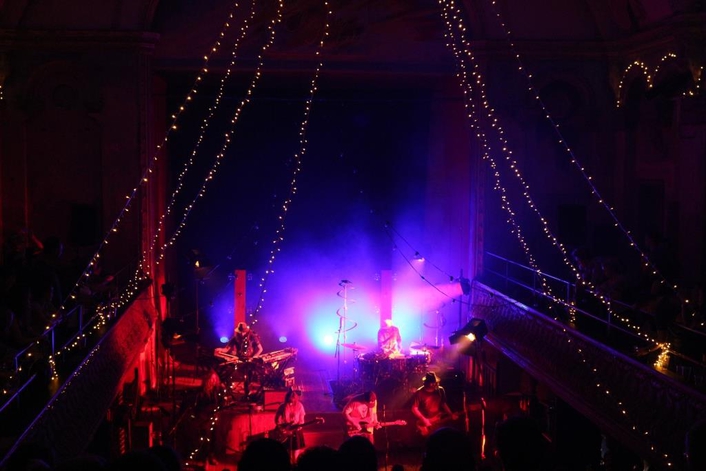 "The design for the show was very theatrical," says Hoggarth, "All the lights that we used on the show were mounted on the sides or at the back. There was absolutely no light coming from below. It was all incredibly dramatic." 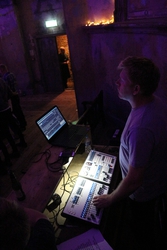 Hoggarth's rig for the show was comprised of an LED star cloth that hung as a backdrop, 4x boom lights, 4x Robe Robin 300 washes, 4x Fresnel spotlights, and a set of festoon lights that hung from the venue roof, above the audience. The main features were four bespoke wooden poles, created by Steel Monkey Engineering, each fitted with six oversized vintage light bulbs that beautifully accented the beat.

This was made significantly easier, noted Hoggarth, by the Rate Master feature of Titan. "Rate Master makes it possible for me to control a number of effects, shapes, pixel mapper effects or chases, using just one fader. It's much easier to control this way and means everything is perfectly synchronised."

An Avolites user since the turn of the century, Toby's first console was a Pearl 2000. As he recalls, "The first console you use sticks in your mind. I'm most comfortable using Avolites now, the interface makes the most sense."

As the Stones continue to grow in popularity in the UK, Toby expects to tour a much expanded rig when they return to our shores later this year.