And the winner is…EVS and CTV 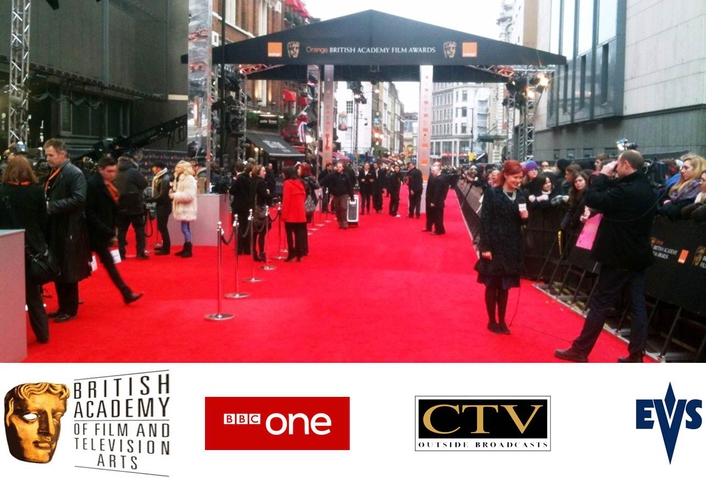 CTV selects EVS technology to ensure successful TV coverage of the 2012 BAFTA awards
Outside broadcast (OB) specialist, CTV, recently used EVS technology to ensure the successful editing and play out of BBC1’s TV coverage of the world renowned 2012 BAFTA ceremony. The prestigious awards were held on 12 February at London’s Royal Opera House. EVS, the leading provider of broadcast and media production systems for sports, news and TV entertainment, supplied integrated and streamlined production facilities, delivering the speed, control and reliability the BAFTA broadcast needed to ensure dynamic content from the stage to the red carpet.

With an impressive catalogue of projects including the X-Factor, the Brit Awards, the Ryder cup and the 2004 Athens Olympics, CTV has been running live event OB since the 1980s and working for BAFTA since 1999. However the project always presents unique challenges due to there being no advertising breaks on the BBC. That means error-free, mission-critical production on fast turnarounds.

At previous BAFTAs, CTV used an EVS playback server, but it was used with tapes, disk machines and software tools from different providers, creating resource heavy facilities, a higher chance of failure and extra operators to broadcast. So when EVS showed CTV and the BBC its vision of a tapeless, fully integrated broadcast service, there was only one option for the BAFTA awards.

CTV installed EVS’ XT video production servers in its OB trucks, which were controlled by EVS’ IPDirector to manage the broadcast workflow. Using EVS’ IPEdit live-editing solution as well, the CTV production team was able to gather all programme packages coming from the OB truck and post-production and then drag and drop them into their timeline. EVS’ workflow also allowed the team to make quick adjustments, such as clip replacements, small transition effects and cutting using the IPEdit timeline interface up until the moment before it goes to air. An additional XT server was used for recording and playing out clips directly from the theatre stage and red carpet, and the content was all streamed using Avid’s MediaComposer. 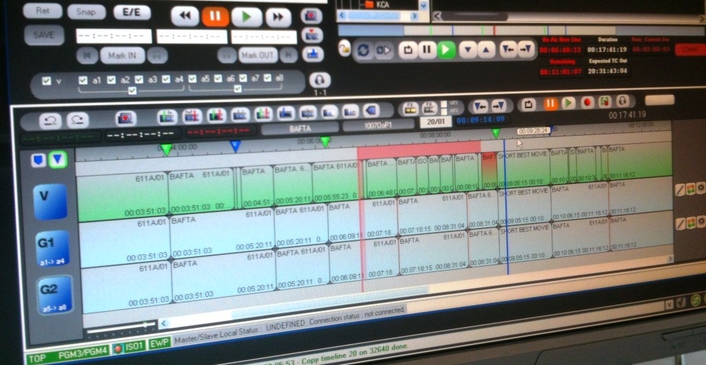 Not only does it mean broadcasters get more dynamic content for their audiences, but it’s a much more reliable, faster and cost-effective solution. CTV estimated that the total cost of operations was reduced by 65% using the fully integrated EVS platform. They were also able to double the amount of material to cut down, providing easier control throughout the duration of the show.

Paul Francis, head of VTR at CTV Outside Broadcasts, commented: “The entire team – from BBC1 to producers and technical crew – were delighted with the simplicity, flexibility and speed that EVS’ IPDirector and IPEdit brought to the production. I simply cannot envisage any better way of getting a short delay programme to air while still being able to use the majority of the system’s post-production editing tools – and at the same time keeping the quality high.”He concluded: “As its name suggests, the ‘Edit While Playout’ feature was a godsend and meant the operators could edit and play out the footage instantaneously – crucial in fast turnaround television such as this. Who knows, maybe we’ll nominate IPDirector for the best director at the next BAFTA awards!”