American Mobile has standardized its systems with Focusrite’s RedNet as the signal-transport backbone, deployed for remote music production for live broadcast and used extensively for events and festivals from Coachella to Bonnaroo

Their systems have seen use at festivals such as Lollapalooza, Coachella, Stagecoach, and Bonnaroo. The racks can also be combined as needed for shows with larger numbers of inputs. American Mobile Chief Engineer and owner Chris Shepard said the systems “allow us a lot of channel count, quick connectivity, and also a really low noise floor.” 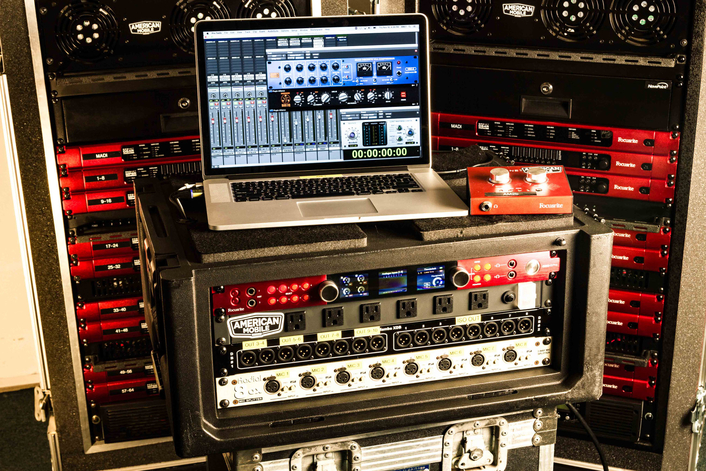 In addition to or in combination with the stage racks, American Mobile deploys small racks equipped with the Focusrite Red 8Pre 64-In / 64-Out Thunderbolt™ 2 and Pro Tools | HD™ compatible audio interface, featuring eight Red Evolution mic pres and 32x32 Dante audio-over-IP connectivity. “The [Red] 8Pre connects to everything – it can be a very small, compact engine, and allow us to expand,” said Shepard. The setups include Pro Tools on a laptop, the Red 8Pre, additional preamps as needed, and the Focusrite RedNet AM2 two-channel headphone/line out interface. “You can’t have enough of the AM2s” said Shepard, who relies on the units to provide “super-simple, fast and stealthy” feeds when the inevitable requests are made at live events.

Shepard says the Focusrite RedNet systems are future-friendly: “While the computers and a lot of the things that these units connect to with Dante are always changing, the Focusrite hardware and the Dante protocol are fantastic. It really opens your eyes to a lot of different connectivity, and so I think we’re still tip of the iceberg on what Dante can do. American Mobile has made a good long-term investment.” 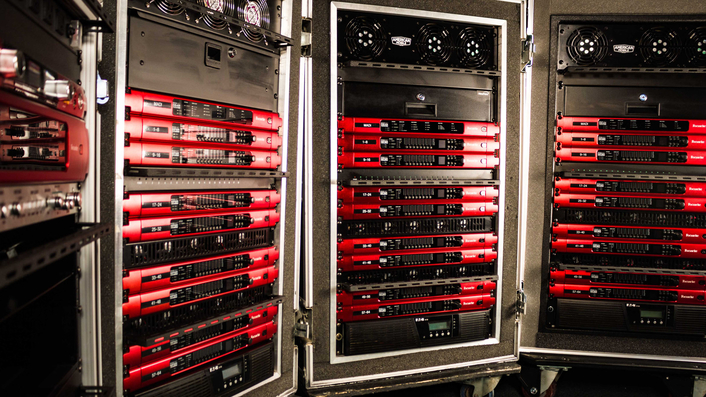 Focusrite Audio Engineering has pioneered professional audio recording technology spanning almost three decades. Focusrite Pro, the company’s Professional and Commercial division, meets the demands of recording, post-production, live sound and broadcast professionals. It consists of RedNet, a fully modular audio-over-IP solution, and the Red range, Focusrite’s flagship multi-format interfaces, along with the heritage ISA range of microphone preamplifiers and analogue signal processors. Focusrite Pro products have been developed to meet the needs of the most demanding applications through a relentless focus on ease of use, quality and reliability. Focusrite is based in High Wycombe, Buckinghamshire, with offices in Los Angeles and Hong Kong.