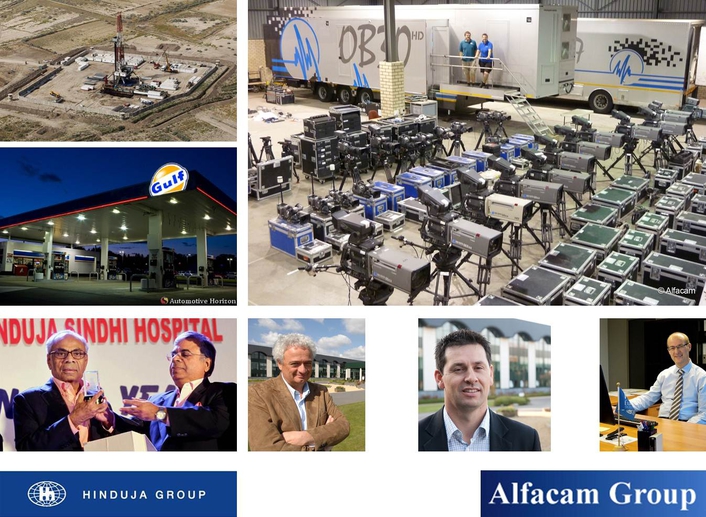 Hinduja Brothers, Gabriel Fehervari, Sven Marinus and E. Custers
The Commercial Court of Antwerp approved the extension with three months of the protection under the judicial reorganization of Alfacam Group and its associated companies in a judgment rendered on 30 January 2013. Protection has been granted until 5 May 2013. As requested by the Court, Alfacam Group has to submit a restructuring plan on 15 April 2013 at the latest.

The contemplated transaction will result in a significant controlling stake for Hinduja Group which may result in dilution of the existing shareholders. The exact details of the transaction structure are subject to further discussion and agreement between the parties, respecting all regulations and stakeholder interests. Alfacam will communicate the exact details as soon as full agreement between the parties has been reached in respect thereof. The contemplated transaction will strengthen the balance sheet of the Company and secure its financial and commercial future. Banks and Gigarant are willing to grant an extension of the standstill until the end of February in order to allow Alfacam to reach a binding agreement with Hinduja. This standstill will be subject to Alfacam and Hinduja meeting specific deadlines in the course of the negotiations.

Trading Update
In March Alfacam will publish its annual figures. The turnover for H2 2012 will be slightly higher than 21,5 Mio euro, compared to a turnover of around 20 Mio in H2 2011. The fourth quarter turnover was 7 Mio euro, compared to 10 Mio euro in 2011, a decline of more than 30%, reflecting the ongoing loss of commercial revenue under the present WCO conditions.