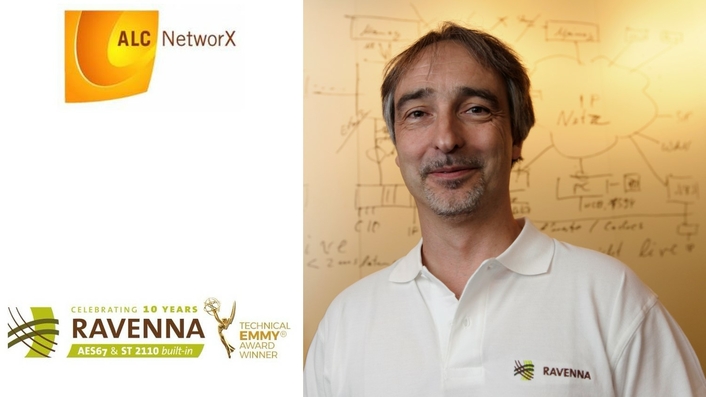 ALC NetworX, developer of the RAVENNA high performance AoIP transport technology and key player in the development of the AES67 standard for AoIP interoperability, has been honoured with a Technical & Engineering Emmy Award from the National Academy of Television Arts and Sciences (NATAS) for the “Development of synchronised multi-channel uncompressed audio transport over IP networks.” The 71st edition of the Emmy Awards for Engineering & Technology will be hosted at the Wynn Encore Hotel and Spa on Sunday April 19th during the forthcoming NAB Show in Las Vegas.

According to NATAS, Technology & Engineering Awards are awarded to individuals, companies or scientific/technical organisations for developments and/or standardisation involved in engineering technologies that either represent so extensive an improvement on existing methods or are so innovative in nature that they materially have affected television. 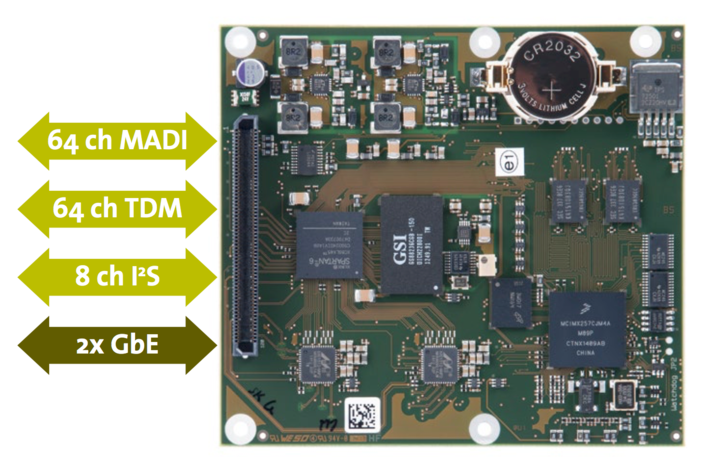 “Receiving a Technology & Engineering Emmy Award is a great honour, and clear recognition that Audio-over-IP transport in broadcast is no longer a technology of the future – it’s here, it’s now and it’s here to stay,” says RAVENNA evangelist Andreas Hildebrand of ALC NetworX. “What was considered a genuine revolution back in 2007 when Philipp Lawo first evoked his vision of what became RAVENNA, and later formed the basis for AES67 in 2013, is now an accepted – and essential – part of broadcast workflows. Having first launched at IBC in 2010, this year RAVENNA celebrates its 10th anniversary, so to be honoured with an Emmy Award seems a fitting tribute to the difference we have made to the industry over the last decade.”

“I am proud to share this achievement with my colleagues from the AES, Audinate, QSC, Telos Alliance, Wheatstone and of course Kevin Gross who was, and still is so instrumental in leading the AES67 task group. The release of the AES67 interoperability standard in 2013 was a turning point for the future of AoIP transport and synchronised workflows. The work continues as we strive collectively to continue to improve performance for streaming and media transport globally.”

RAVENNA is a technology for real-time distribution of audio and other media content in IP-based network environments. Utilizing standardized network protocols and technologies, RAVENNA can operate on existing network infrastructures. RAVENNA is designed to meet the strict requirements of the pro audio market featuring low latency, full signal transparency and high reliability.

Unlike most other existing networking solutions, RAVENNA is an open technology standard without a proprietary licensing policy. RAVENNA is fully compatible with the AES67 and ST2110 standards. Liaisons with standards organizations and industry alliances (e.g. AES, AIMS, AMWA, SMPTE and others) ensure the close alignment of RAVENNA technology with current industry trends.

ALC NetworX is an R&D company in Munich, Germany, whose team of highly regarded pro audio experts with in-depth knowledge of networking technologies developed the RAVENNA technology platform. While ALC NetworX will continue to keep the lead role in the RAVENNA technology development, product implementations are executed by individual partner companies, such as Archwave, DirectOut, Genelec, Lawo, Merging, Riedel, Ross Video and others. For a complete list of current partner companies, please see http://www.ravenna-network.com/partners/.