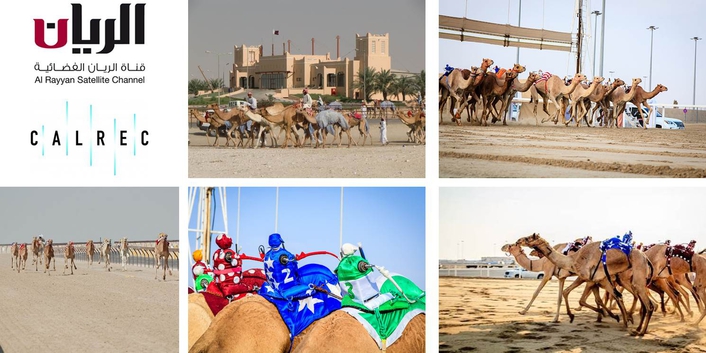 Doha, Qatar, broadcaster Al Rayyan TV has installed a Calrec Artemis console at the Al Shahaniya camel race track as part of an upgrade to its studio there. The Artemis, which replaces a basic analogue desk, will allow greater signal-processing possibilities, improved connectivity between the desk and communications systems, and the capability to produce multiple mixes simultaneously.

"Camel racing is a major part of Qatar's cultural identity and a source of national pride, which is why it is so important to produce a high-quality broadcast — for our own people and for the viewers in neighbouring countries. We needed a console that provided seamless connectivity, smooth mixes, and far more outputs than we had with our old console," said Richard Whiston, head of sound at Al Rayyan TV.

"The Artemis' extra outputs let us produce simultaneous mixes for local and international TV and radio. The connectivity with our Overline and communications systems, alongside the signal-processing capabilities, has enabled us to produce a soundtrack that keeps the nation enthralled."

The Artemis console is installed in a sound control room that covers two studios, ambience from the track, and commentary from a roving vehicle. Al Rayyan's former analogue desk lacked the processing power and outputs required to send numerous mixes, so operators had to use a submixer and patching to achieve a similar result, but with fewer channels of compression. The Artemis eliminates that practice because every input and output can be compressed appropriately and numerous mixes created simultaneously on one board. 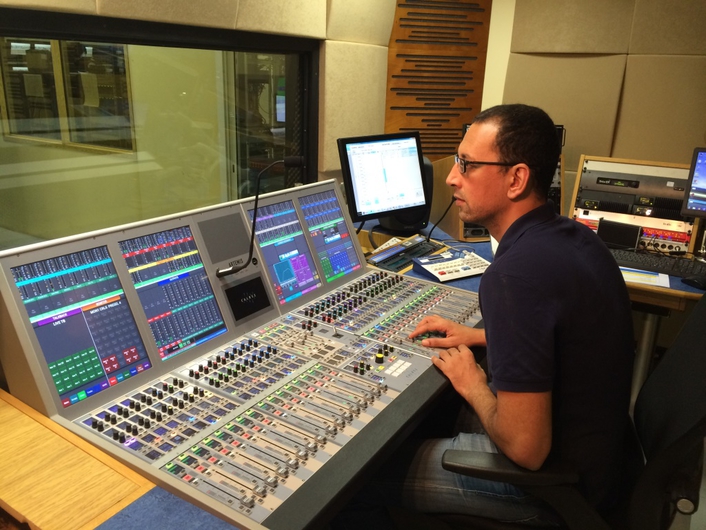 "The number of outputs has proven to be the most important part of the console," said Hamza Guerfala, sound engineer at Al Rayyan TV. "It gives us the flexibility to patch between sources and destinations quite easily, which speeds up our workflow considerably."

"The move from analogue to digital greatly improves Al Rayyan's ability to capture and transmit fantastic sound, and choosing the Artemis means they have plenty of resources and flexibility to do it smoothly and efficiently," said Anthony Harrison, international sales manager at Calrec Audio. "We're honoured that Al Rayyan has chosen Calrec to be such an important part of Qatar's national pastime."

Al Rayyan has also purchased a second Artemis desk for a new OB truck destined for delivery in the fall. The truck will cover a variety of programming including Qatar National Day. For that project, Al Rayyan will use the new truck alongside its existing vehicle to cover a full TV studio as well as a large concert hall. The new OB truck will also serve as an alternate control room when the time comes to upgrade Al Rayyan's main studio facility.

About Calrec Audio Ltd.
Calrec Audio is exclusively dedicated to excellence in audio mixing for on-air and live production. A broadcast specialist for 50 years, Calrec has developed a range of digital consoles relied on by the world’s most successful broadcasters. For putting sound in the picture, broadcasters put their trust in Calrec.