“Raiding The Rock Vault” Revisits Classic Rock In 31st Century
On the same stage where Elvis Presley set the Las Vegas record for consecutive sold-out shows, a collection of classic rockers from decades past are revisiting rock music 1,000 years in the future for “Raiding The Rock Vault” at the Las Vegas Hotel (LVH).  Boasting “the greatest set list ever,” the show is exclusively miked with HARMAN’s AKG handheld, wireless and in-ear monitoring systems for the perfect sound to pay homage to rock’s greatest bands and songs.

Written by GRAMMY®-Award-winning producer David Kershenbaum and John Payne of Asia, “Raiding The Rock Vault” takes the audience back to Earth, which was destroyed by a meteor.  A search team, whose families were saved by a lottery system centuries before, are searching for time capsules left behind by today’s humans. They quickly stumble on the “Rock Vault” and an energetic flashback ensues with music from the 1960s through the ‘90s.

A full range of AKG microphones and wireless systems are deployed throughout the entire stage.  Sixteen channels of AKG DMS700 V2 wireless run through the venue for all of the guitars, which are connected through PT700 V2 transmitters.  WMS4500 wireless systems are used for vocalists – 12 channels in all – with HT4500 D5 and D7 capsules for the singers and PT4500 transmitters for the four actors.  Twelve channels of IVM4500 are used for in-ear monitoring, with AKG’s new HELICAL antennas for transmission. 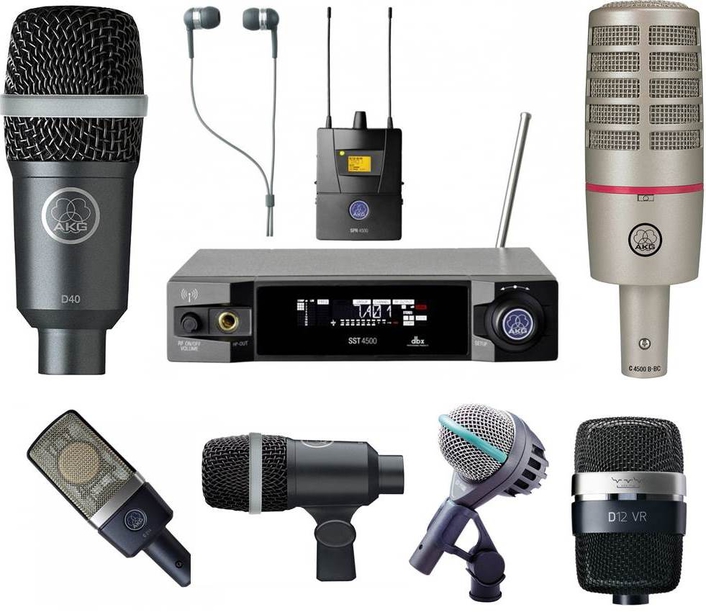 “We’ve been impressed with the entire line of AKG, especially the wireless systems.  We have a multimedia show here and AKG is the perfect choice for every application,” stated Keith Marks, production coordinator for Rock Vault. “With our intricate setup and the amount of frequency traffic in Las Vegas, the AKG systems are seamless, easy to scan and provide us with a fantastic sound. AKG makes it easy – anything you put into them will sound great!”

Schellen, who mixes his own mics and in-ears for his performances, has been a member of the AKG family for 20 years. He wanted to continue ensuring his sound was nothing short of perfect when he signed up for the show. “It’s a true drum sound through the mics,” he said. “That’s why I’ve been with AKG for so long.”
Schellen’s mics include two D112’s for outer kicks, two D12 VR’s for inner kicks, six D40’s on toms, a D40 on the timbales, two C214’s for overheads and a C214 on the hi hat. 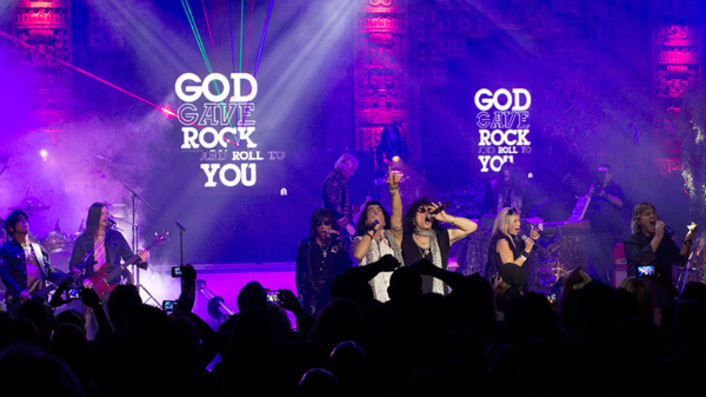 “I’ve been a lover of AKG as both a producer and performer, touring for the last 30 years, while experimenting with a myriad of other, less-impressive microphones,” stated Payne.  “This show is an educational experience – a ‘rockumentary’ of sorts – and it’s important to express the significance of the music of each era with an amazingly developed sound rig. These songs are the inspiration to rock and roll and AKG has been essential, helping us pay tribute to our colleagues and friends.”