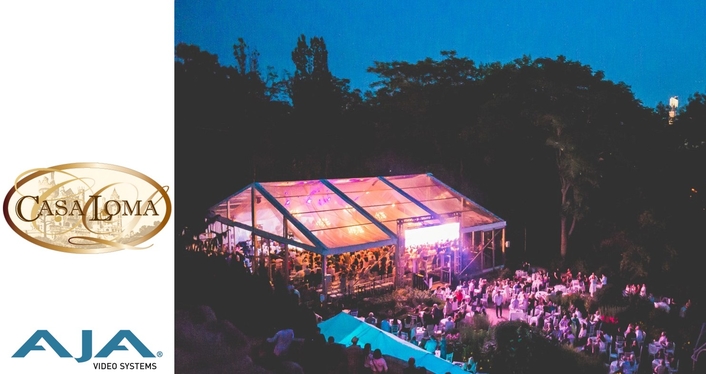 Iconic Toronto landmark Casa Loma is a historic castle turned event space owned by Liberty Entertainment Group (LEG). With unique indoor and outdoor spaces suited for private and corporate events, the facility houses a modern AV infrastructure connected via CAT 6 cabling. Each summer, the castle opens up its glass pavilion for a series of live concerts. Ticket holders watch performances live from the pavilion, or view them on an LED video wall located outside. To improve the quality of the on-screen content, LEG turned to ESG Show Services Owner Wes Thuro and 4NR Tech Production Designer and Manager Clark Graff to design a new workflow centered on image magnification (IMAG).

Graff brought in AJA RovoCam cameras and RovoRx-HDMI receivers to replace existing HD PTZ cameras, which had become increasingly problematic as rotating AV crew members would plug in the wrong RJ45 connection and blow out the cameras. “A certain degree of operator error is expected when working with transient crews, but RovoCam is foolproof; it’s intuitive to set up and use,” explains Graff. “Its HDBaseT interface makes it easy to get it right the first time; there’s simply one cable, so you plug in and you’re ready to go.” 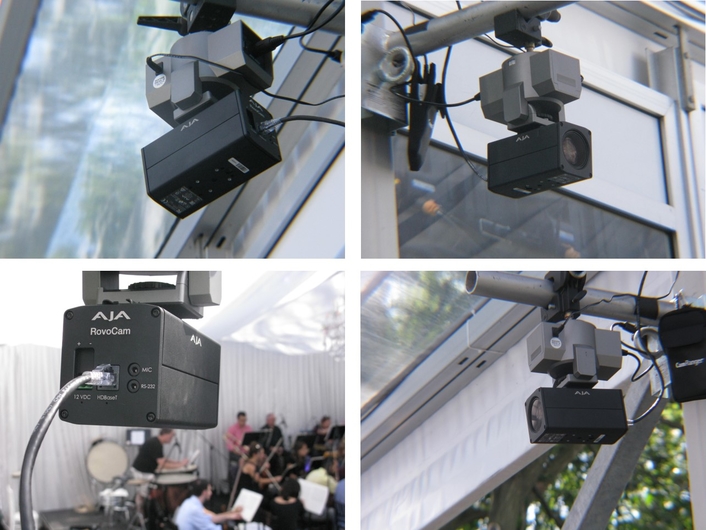 Three RovoCams mounted to remote pan and tilt heads located on the left, right and center of a support beam inside the pavilion capture performances. Using an AJA RovoRx-HDMI receiver and RovoControl software, the AV team controls the units from the front of the house (FOH), where the mixing control and lighting console reside. Although each camera shoots UltraHD, the output is HD, with RovoControl’s ePTZ functionality enabling IMAG. A region of interest (ROI) frame is selected from the UltraHD raster and output through a Roland switcher to a 20-foot by 9-foot LED video wall outside in 1080p, giving attendees a close-up of the performers. 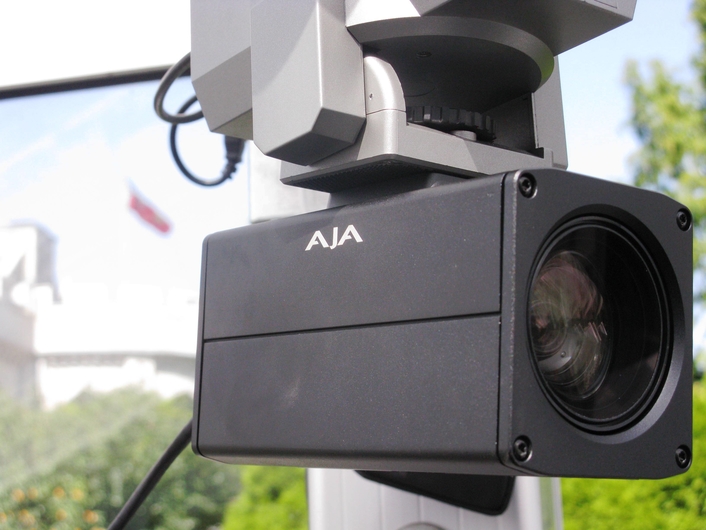 “The image quality that the RovoCams capture is fantastic, especially compared to other cameras on the market that can cost three times as much and only offer an HD image. I also know they will work, and that’s what matters most, because you don’t get second chances in a live setting like this,” shares Graff. “I appreciate that the RovoCams are point and shoot, and the convenience of HDBaseT and a single cable is great; the camera is unlike anything out there.” 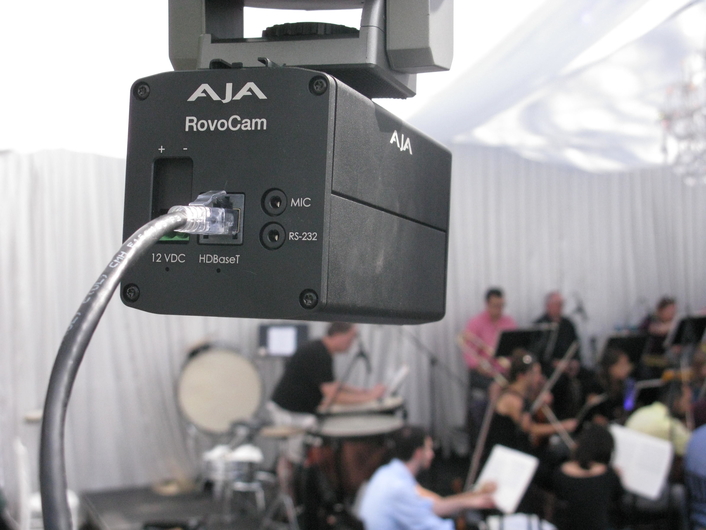 A fourth RovoCam sits in another Casa Loma event space nearby, where it powers IMAG for footage fed through four Christie Projectors, which display close-ups of high profile presenters on four sections of the room’s walls.