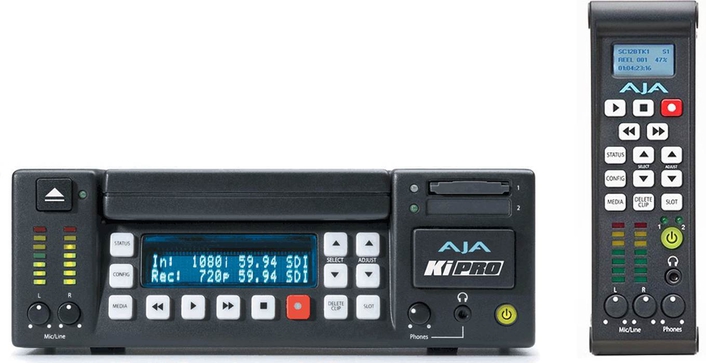 “This is a major release that really expands the industry-leading feature set for Ki Pro and Ki Pro Mini,” said AJA President Nick Rashby. “We’ve added some brand new features to support camera recording based on users’ requests, and for those using the devices more as post production tools, we’ve added unique new features like transferring files over Ethernet and FireWire, and super out timecode window burn.”

Some of the key new features for Ki Pro and Ki Pro Mini are:

• Data Transfer via FireWire 800 - Ki Pro can now be configured for data transfer to FireWire 800-equipped Apple computers, for situations where the unit is not easily accessible for physical data removal.

• Super Out – Ki Pro and Ki Pro Mini can now burn timecode and transport state into the video signal, providing at-a-glance status to users monitoring output, without having to check the device itself. It is also convenient for times when video is dubbed from Ki Pro/Ki Pro Mini to another source to track timecode throughout post. A user selectable Super Out (window burn) option for SDI has also been added to both Ki Pro and Ki Pro Mini.

• Additional RS-422 Functionality for Ki Pro to support use in post-production applications.

• Presets can now be created, saved and recalled for easier interaction with device settings in Ki Pro and Ki Pro Mini.