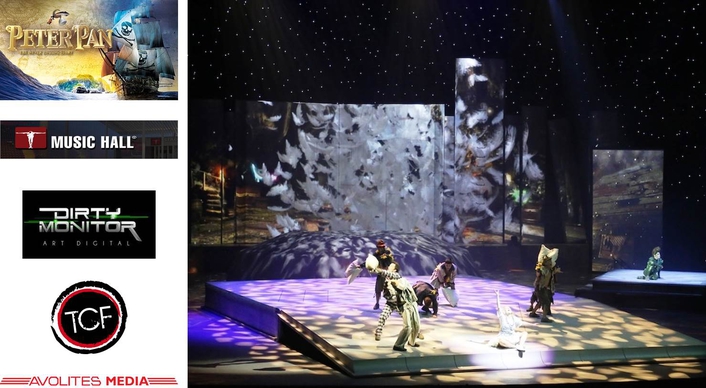 The 120-minute movie took a year to produce and features vivid realisations of pirate ships, mermaid coves and enchanted jungle temples that effortlessly interact with the shows 'real-life' action. All this is projected onto the 37m long, 25m wide stage backed by 9m high rear stage wall, all of which was fully covered with projection. 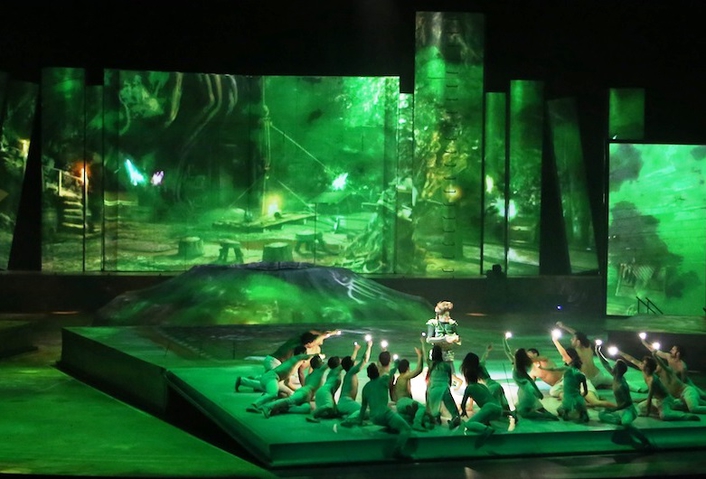 Patrick Bellens of The Creative Factory was responsible for precision mapping the videoscapes using three Avolites Media AI infinity 8 media servers feeding 14 Panasonic PT-DS20 Projectors: "We chose to use the Avolites Media Ai Infinity 8 Media Server because we needed a powerful system that enabled us to visualise the show in 3D and precisely map it to the set pieces," explains Bellens. "We mix live IMAG with pre-programmed content and the Ai 3D visualizer allows us to do this easily and seamlessly."

In addition the Ai media server's 3D Visualiser enabled Bellens to tailor and adjust the show's content so as to precisely fit each venue visited during the tour. 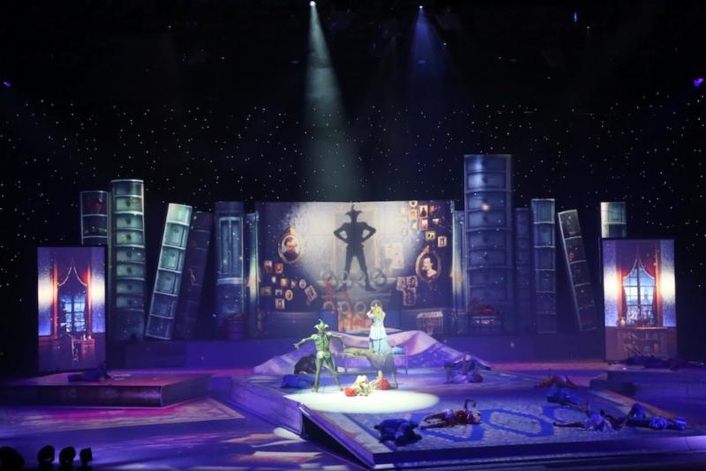 "The Ai gives us total flexibility when it comes to changing the heights and angles of projection. This means we can adapt easily to different venues and still map and fine tune the output of 14 projectors in less then three hours," explains Bellens. "The 3D visualiser gives us a useful insight into what is going on on-stage from all perspectives. Throughout, the Avolites system has been invaluable in allowing us to import a 3D set model and then map the content directly onto it. We can also move through the show in real time in the visualiser. That has enabled the creative team to view the stage set in the studio before it is even built."

"We also did some custom patching within the Ai environment to create some easily adjustable masks," adds Arran Rothwell-Eyre, Ai Support engineer for Avolites Media. "This allows Patrick to blank out sections of content, depending on which projector is in use. This ultimately means we can greatly reduce the number of media files being streamed at any one point - in this case down to just two."

The flexibility Ai gives to adjust and reposition virtual projectors from venue to venue allows for structural and rigging differences in each space and precludes the need to re-render content. This was a deciding factor for Bellens when it came to his choice of media server. 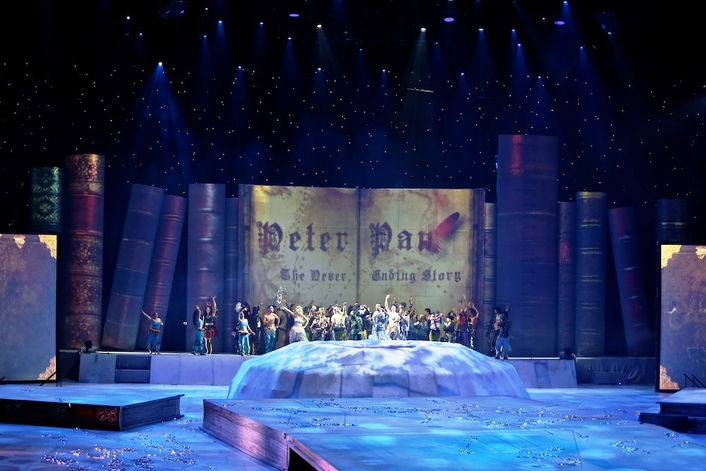 "The team at Avolites Media gave me considerable assistance with the mode of delivery and the time-coded elements," explains Bellens. "Because we have so much going on including on-stage - 3D flights, elevators and the wind turbine flying - everything is strictly time-coded to the audio in order to keep cues tight. Plus, we integrated a bespoke precautionary measure so that if there was a technical glitch or we had to skip a scene the video and audio elements sync together automatically, avoiding an impromptu blackout."

Managing director of Avolites Media, Steve Warren is delighted: "Yet again the Ai Media Server has proved itself invaluable in a creatively challenging live performance environment. We relish seeing this technology being used to deliver such forward thinking and intricate visual content. The fact that we can now create an entirely convincing simulated world, where the boundaries between the real and the virtual are almost seamless, means the action can move more effortlessly between the two worlds - brilliant."