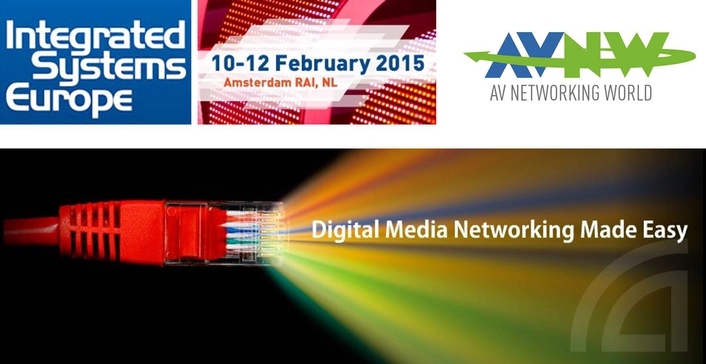 .
Audinate has announced the final agenda and speaker lineup for the Dante AV Networking World at ISE2015.  This free, all-day event will be held Monday, 9 February 2015 at the Amsterdam Holiday Inn near the RAI Convention Center, and will feature a comprehensive agenda covering all aspects of AV networking, including industry research, informative case studies, and hands-on interactive sessions with Dante networked products.

In addition, a hands-on Dante workshop will bring together teams of participants to demonstrate how quickly and creatively a Dante network can be designed. The event will include raffles, giveaways and surprises throughout the day, as well as a sponsored lunch for all attendees and a hosted networking mixer at the end of the day.

Seating is limited, so register now to reserve your seat for this premiere event at ISE.To register, click here http://bit.ly/avnw-ise15

About Audinate
Audinate revolutionizes AV systems to enable our customers to thrive in a networked world. Audinate’s Dante media networking technology has been adopted by the leading OEM manufacturers and has become the standard and dominant networking technology in the professional audio/visual industry. Dante is used extensively for live performance events, commercial installation, broadcast, recording and production, and communications systems. Audinate offices are located in US, United Kingdom and Australia.