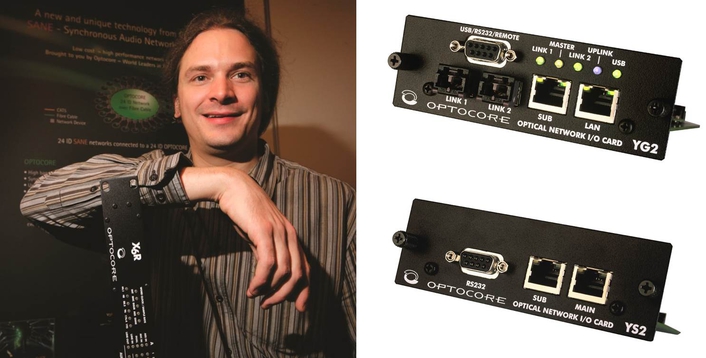 Based on Marc Brunke's MADI over CAT5 proposal AES will extend AES10
AES is in the process of finalising a draft, initiated by Optocore founder Marc Brunke, that will extend its AES10 MADI standard by allowing twisted pair Cat5 connectivity in addition to the current options.

A decade of work by Brunke has been bundled into the draft, starting in 2003 as a MADI link between Optocore’s YG2 and YS2 cards. This was followed from 2008 with an IEEE802.3 compatible version with control via regular Ethernet and PoE capability, which has since been designed into all boards and devices produced by Brunke. Now well proven for flawless performance, the final version of the extension is expected to be published by AES in the near future.

With the new standard, simple MADI and control will be combined on a single Cat5 cable. Manufacturers will no longer need to utilise complicated network protocols, that were not developed for professional audio, or for audio transport.

For Optocore MD, Marc Brunke, this is the culmination of a lengthy mission to make MADI more versatile and cost-effective. “With Coax and fibre optic MADI so expensive to implement, the cost advantages are obvious,” he states.

In the new standard, two pairs of Cat5 cable are dedicated to bi-directional MADI and two remaining pairs will continue to comply with the Ethernet standard. “This standard is best applied to low channel count devices like preamps and loudspeaker systems,” continues Brunke. “Companies will use it in their own designs or may wish to use our technology on an OEM basis to achieve both low cost and technical advantages.” Currently, all Optocore R-series devices are MADI Cat5 compatible and Brunke says that 50,000 Cat5 nodes have already been sold from his licensees. He shared the idea with other manufacturers at an early stage, and some companies are now also building or offering interfaces. 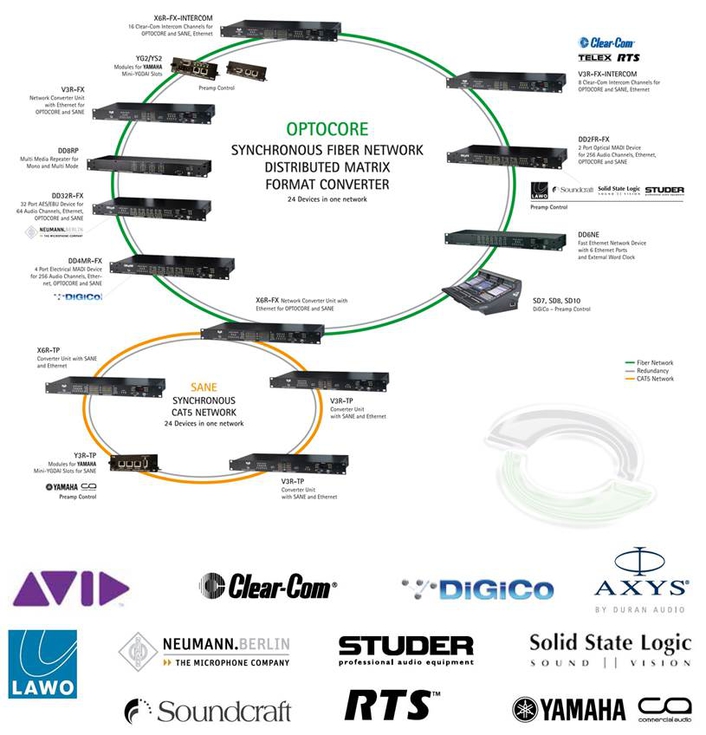 Approved under AES rules, the Society states that the greater range of connectivity options will be of huge benefit to professional audio users and system developers, who can now add proven standard connectivity features at lower cost. This will thus become a natural extension of the existing AES10 MADI standard.

In summary, Marc Brunke says, “We are very proud to offer this complete and cost effective solution to the industry as this is the bridge between low channel count and high channel count devices. Up to now MADI has been too expensive for low channel devices, and so this new standard will change the situation drastically and will bring benefit to the industry.

“Also, because the new version makes MADI compatible with IEEE802.3, it can now be used in combination with other recent network standards like AES-X210 / AES-67 or older proprietary Ethernet implementations.”