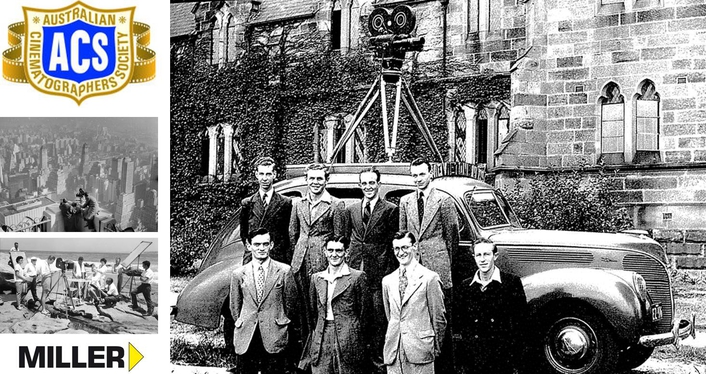 ACS Presents Bob Miller – ACS Technical & Innovation Achievement Award
Miller Camera Support Equipment, a leader in the production of innovating camera support solutions, is pleased to announce that the Australian Cinematographers Society (ACS) recently partnered with the company to create a new industry award for the ACS National Awards for Cinematography. The Bob Miller – ACS Technical & Innovation Achievement Award, developed in honour and memory of fluid head inventor Bob Miller, will be officially introduced to industry professionals at the ACS headquarters on July 31, with a champagne toast to celebrate Miller’s 60th anniversary.

“The man who invented the fluid action head, Bob Miller prided himself on his abilities to develop ground-breaking solutions and to problem solve,” says Mark Clementson, Managing Director, Miller Camera Support Equipment. “Together with his father Eric, who patented the fluid head and provided necessary financial support, Bob revolutionised the film and television industry with his invention, allowing operators the freedom to shoot creatively and to achieve shots once deemed unobtainable. This prestigious, new award is a fitting tribute to the memory of Bob and a great reward for the recipient, who will have contributed to the advancement of technology in cinematography as Bob himself once did with his inventive camera support solutions.”

The Bob Miller – ACS Technical & Innovation Achievement Award will come with $1,000 cash, a $2,000 Miller product prize and a framed certificate. The winner will also have his or her name engraved onto one of Miller’s LP ’54 Classic tripods, which will reside permanently on display at the ACS National Headquarters in Sydney, Australia. In honor of its 60th anniversary, Miller has only produced 40 of these LP ’54 Classic tripods for worldwide distribution through donation. The LP ‘54s were built by hand, as they were when first introduced, from remaining components left after the last production run of the Light Professional (LP). 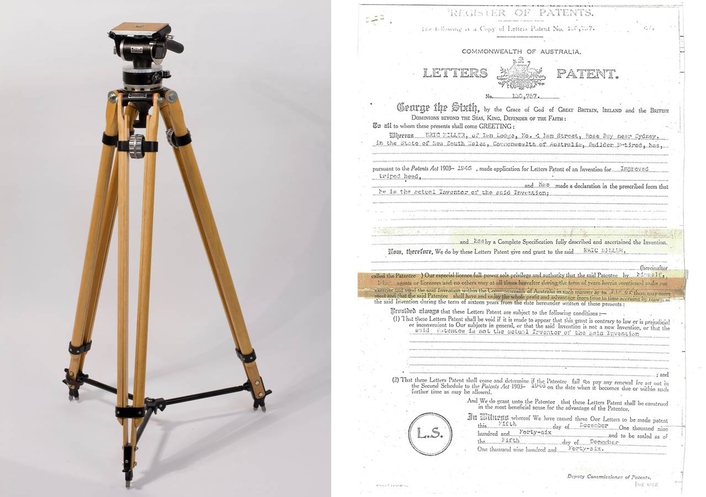 “The ACS is honoured to have helped create this award with Miller, as we believe that it will carry enormous credibility within the greater community of esteemed cinematographers worldwide, such as Russell Boyd,” says Ron Johanson, OAM ACS, National President of the ACS. “Bob Miller was a man constantly on the cusp of technological innovation, much like our industry members. We look forward to awarding an ACS member with the Bob Miller – ACS Technical & Innovation Achievement Award as a testament to that member’s pursuit of excellence in cinematic development.”

The Bob Miller – ACS Technical & Innovation Achievement Award will be presented to an industry pioneer for the first time at the 2015 ACS National Awards for Cinematography in Hobart, Australia. Miller has been supporting the ACS as a Gold Sponsor since the organisation’s inauguration in 1958.