Eugen Beyer and Team 90 Years Ago
In Germany, there has now been electronic media, such as the radio, for around 90 years – and beyerdynamic has been there right from the start. Founded in 1924, as "Elektrotechnische Fabrik Eugen Beyer" in Berlin, the company has radically influenced and promoted audio recording and sound reproduction.

Products like the first dynamic headphones DT 48 (1937), the first studio-grade dynamic microphone M 19 (1939) or the tour guide system for museums and factory tours which was presented by beyerdynamic for the first time in 1974 were milestones in this field. But they are just three examples of the many innovations that have made beyerdynamic a leading audio specialist over the years.

Digital timeline documents 90 years of audio history
Countless musicians, sound engineers, conference participants, interpreters and hi-fi fans have come into contact with beyerdynamic products over the years – either consciously or not, at work or in their leisure time. For the company, they all belong to "Generation Audio", a family of sound enthusiasts and passionate users, whose stories have now come to life online: on the www.generationaudio.com website, the Heilbronn audio specialists have selected a collection of photos and videos from their company archive.

Among other things, you can see TV presenter Caroline Reiber listening to the sounds of the economic miracle using the typical style headphones of the former record bars (DT 49) in 1954. Next to that: a dictaphone with Beyer film that records speech in line font on a magnetically coated card. The secretary can simply punch the typed dictation and file it in the folder together with the finished letter. On the beach or on your travels, the neck cushion LKH 9 provides comfortable music enjoyment – with a built-in speaker on each shoulder. 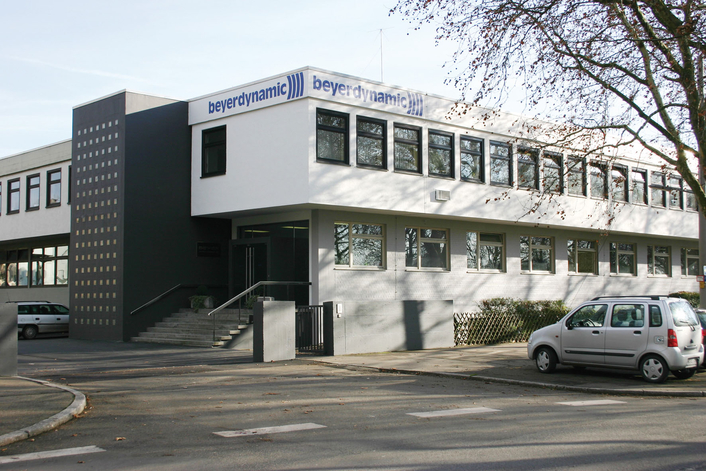 As well as the details of the company history, the website also has room for personal stories: users from around the world can post their experiences of beyerdynamic products here and thus be a part of Generation Audio. The images or texts are assigned to a year or a decade and, piece by piece, form an interactive timeline – a digital timeline that brings 90 years of audio history to life.

Microphone and headphones as an anniversary edition
Even those who don't want to share their passion for good sound with others on the Internet can celebrate: beyerdynamic has launched two of its successful products in special anniversary editions.

The dynamic "M 88 TG 90-Years Edition" microphone differs from the series model, mainly due to its retro silver basket and the anniversary emblem on the shaft. It resembles the original version from 1962, which Queen Elizabeth II spoke with on her first visit to Australia. Originally developed for speeches and vocals, the warm and flattering sounds of the M 88 can tackle many applications. So, for example, it is often used as a bass drum microphone on drum kits. The "90-Years Edition" will be presented by end of March 2014. 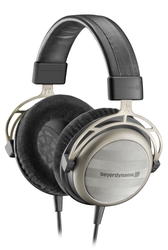 Two months later, at the "High-End" in Munich, beyerdynamic will unveil another product: the anniversary headphones with Tesla technology combine decades of experience in audio development with the latest sound innovations from Heilbronn. The Tesla sound converters have been developed in Germany, the entire headphones set is "Made in Germany" – like others from beyerdynamic over the last 90 years.

90 years of experience in the development of audio electronics. beyerdynamic GmbH & Co. KG, Heilbronn, stands for innovative audio products with the highest sound quality and pioneering technology. Three business areas – Conference, Pro Audio and Consumer – deliver tailored solutions for professional and private users. All products are developed in Germany and primarily manufactured by hand – from hi-fi headphones to stage microphones and even conference and interpretation systems. 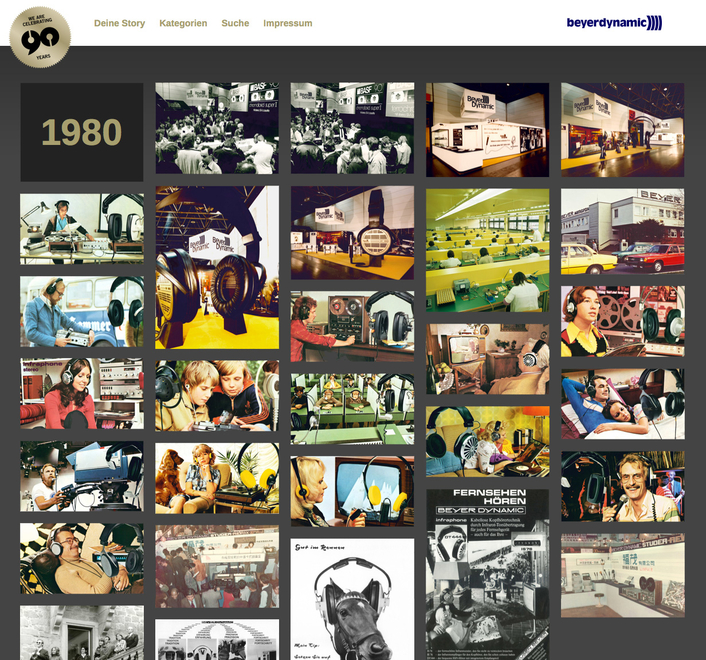